Reflections on the Election of new Coadjutor Bishop 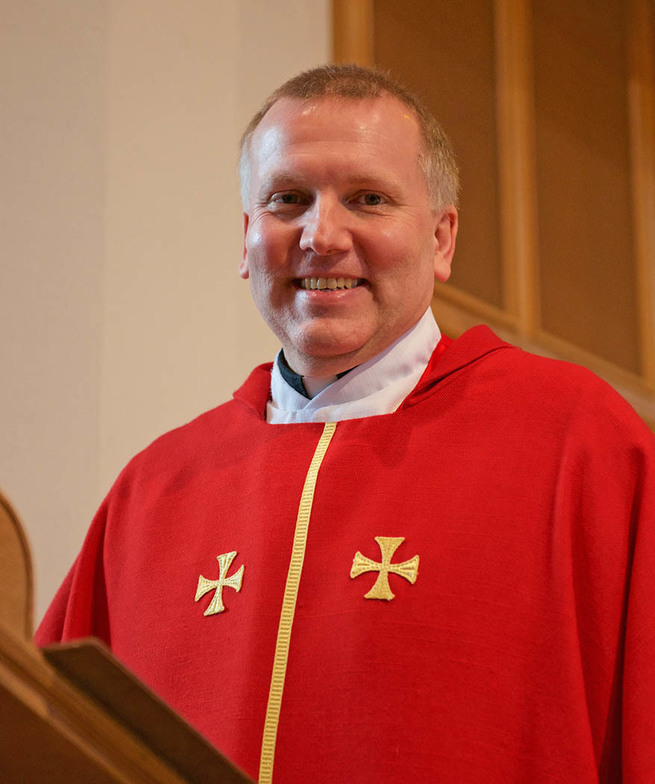 This past Saturday, the Diocese of New Westminster held a Synod in order to elect a new Bishop.

Heather and Joy are the Synod Reps for St. Martin's and spent the day with Ven. Stephanie watching the progress throughout the day.  Below are some of their thoughts.

WE HAVE A NEW BISHOP

We have elected a new bishop for the diocese of New Westminster.   He is the Rev. John Stephens, until last Saturday the rector of St. Johns Shaughnessy.  He will serve as coadjutor bishop with Archbishop Melissa until she retires in early 2021.

The normal procedure for the election of a bishop calls for the elected lay delegates to synod (two or more from each parish, according to membership) plus the clergy to assemble in a large meeting place (often the cathedral) for an electoral synod, where the entire process is given over to the election of a bishop.  While the details may vary from one diocese to another, according to their canons, generally the candidate selected is the first to receive both the majority of the lay votes and the majority of the clergy votes in the same ballot.  All ballots are secret.  Once that candidate is identified approval must be sought and received from the House of Bishops in the Ecclesiastical Province of British Columbia (which includes Yukon as well as B.C.).  That approval is usually given by telephone within minutes.

This year, 2020, with the covid pandemic, different procedures were required.  There were only a small number of people in Christ Church Cathedral; the vast majority of the delegates were scattered about the diocese, either as individuals or very small groups.  In St. Martin’s case, the clergy and lay delegates worked from the meeting room and were able to aid each other with the mechanics of the process. Doing that helped solve a number of problems.  We were able to have a single screen carrying the live stream broadcast from the cathedral and keep our own computers clear for voting.

There were five candidates, four with current positions in our diocese, the fifth a suffragan bishop from Toronto.  Three ballots were necessary, with John Stephens leading all of them.  He will not have any significant change in travel time to his new office.  The diocesan offices are on the grounds of St. John Shaughnessy.

For anyone who did not watch the opening service, Archbishop Melissa‘s homily is well worth hearing.  I hope it will become available on the diocesan website soon.

The election was over less than an hour when one person connected with St. Martin’s was already hard at work in dealing with the change.  The parish of St. John’s Shaughnessy needs a new priest and the Archdeacon for that area who assists in making that happen is the Venerable Stephanie Shepard.

WE HAVE A NEW COADJUTOR BISHOP!

With the invited guidance of the Holy Spirit, John Stephens was elected in the Diocese of New Westminster on 3 October 2020 with a clear majority of votes.  He thanked all those who had put forth their names, and asked for our prayers and support over the coming years.  He will work alongside Archbishop Melissa until the end of February 2021.  He is currently Rector at St. John’s Shaughnessy.  For results and background information, see https://www.vancouver.anglican.ca/news.

Show your spirit. Wear red! A Pastoral Note from Stephanie A Thank you to the Men of St. Martin’s

What is to prevent me? All We Like Sheep Not by our own power