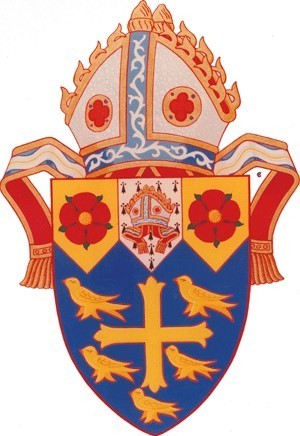 Dear People of the Diocese of New Westminster,

At St. Christopher, West Vancouver on the morning of September 12, we celebrated the Feast of the Baptism of Jesus. I was privileged to be a part of the baptism of four Iranian-born people and the confirmation of those same men and women along with a larger number of Iranian-born Christians who are thrilled to have found the Anglican Church of Canada and St. Christopher’s. Before the liturgy began, one of the women to be baptized and confirmed read the following message to everyone gathered in the church (I have edited in the most minimal way).

“First of all, we are really thankful to people and government of Canada for their sympathy about the recent plane crash in Iran. A special thanks to Mr. Trudeau for his great efforts to push the Iranian government to clarify the painful facts for us. We would like to ask him to continue his attempts to bring peace to our country and to our region in this critical situation .

As you know, today is a great and unforgettable day for all of us. On this day, let’s pray for all people around the world to avoid war. There is nothing more odious than war, and the Iranian people hate it. Death and murder, demolition and ravage, bleeding, poverty, crying—all of these are the only results of it.

Let’s pray that all people live in a more peaceful world. And let’s pray that God and Christ bless the innocent people who were on that plane as well as the Canadian and Iranian people.”

I write to share these touching words with all of you and to join with the newly baptized and confirmed at St. Christopher’s in asking you to pray for all who died in the terrible tragedy of Flight 752, a plane shot down as it left Tehran. Please pray for their families and friends, for a cessation to the conflict in the Middle East and for a lasting peace both there and in other conflicted regions of the world.

May you and those you love continue to receive the light of Christ during these Sundays after the Epiphany,