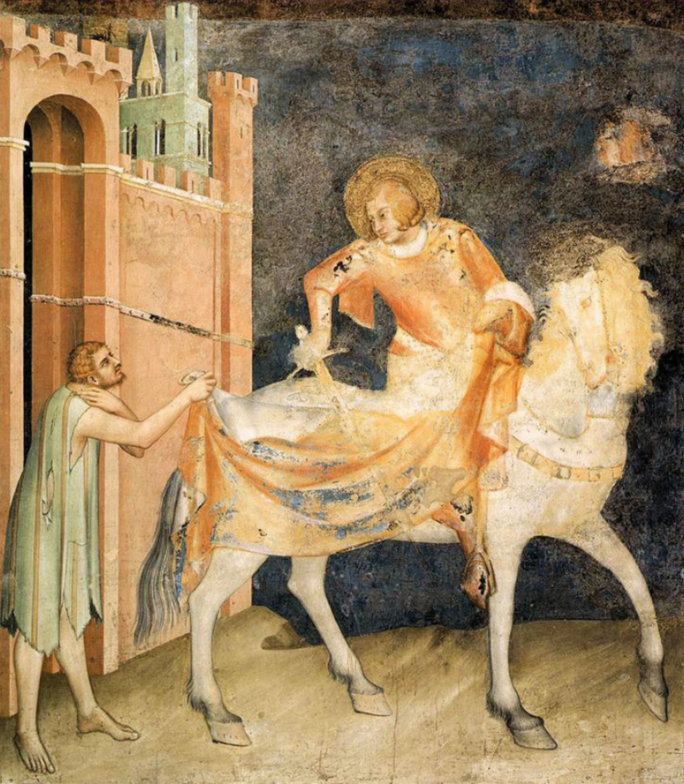 St. Martin of Tours was born in Hungary around 316 AD.  The Feast Day of St. Martin’s used to be on 31 October before the Gregorian calendar, but was moved to 11 November.  In Germany, children take lanterns out and sing for treats for singing on “Old Halloween” or Martinmas. In Medieval times, the Festival of St. Martin’s was celebrated much like Thanksgiving is celebrated by us.  However, instead of turkey, roast goose was the main bird of choice.  The time between Martinmas and Christmas was known as St. Martin’s Lent or Advent, later shortened to 4 weeks.

Did you know that St. Martin’s Anglican Church began as a mission church of St. John’s and separated as St. Thomas parish in 1911?  Did you know the priest and wardens were fined $15 for holding a service during the Spanish flu pandemic in 1918?

On Armistice Day, 11 November 1919, St. Martin’s became a rectory.  Were you aware that St. Martin’s assisted St. James in Vancouver when it fell into difficult financial straits, and that our lych-gate came from St. James?  100 years ago, in 1921, St. Martin’s purchased land on which it now stands with a loan from the Diocese for 59% of the cost.  Did you know that our church building was initially the hall, completed in 1922?  In the Fall of 1923, the church moved from its former location at Queen’s and Lonsdale (where it was a cause for complaint of blocked roads on Sundays by parked horse and wagons) to the present site.  Did you know that our bell has been in its present position since 1950, and that our organ has been here since 1969?  Did you know we supported a blind Moroccan boy from 1971 – 1983?  In 1985, the stained glass window of St. Martin was installed, and the creek beside the church was named St. Martin’s Creek.

In the meantime, here are more tidbits.  Collins English Dictionary defines “St. Martin’s summer” as unusually warm weather in late autumn, especially early November.  In some countries, special food is named after St. Martin’s.  Here is a recipe from Poland:

1.     Process the poppy seeds, walnuts, raisins, almonds, and cookie crumb in food processor until texture is uniform and fine

2.     Transfer to a small saucepan and add cream, powdered sugar, butter, and a pinch of salt

3.     Cook over medium heat for about 5 minutes, stirring constantly

6.     Open crescent roll dough and separate into 16 triangles, make a 1 inch cut into the short part of the triangle (the side where you’ll begin rolling up the dough)

7.     Put the cooled filling into a pastry bag of plastic sandwich bag, snip off the tip or corner to give you an opening that’s about 1/2 inch across

9.     Roll up the dough, giving a horseshoe shape to the roll