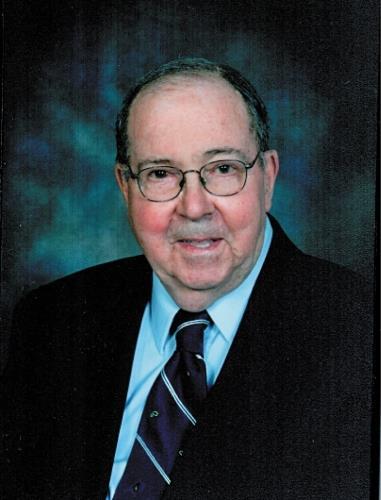 Roy was my father-in-law and I’ve known him for over 30 years since I began dating his daughter Wendy, who became my bride. I am deeply honoured and moved to be asked to speak about this remarkable man who I grew to highly respect and admire.

As you will note from the biography provided in your bulletin, he was a very caring family man who had a never-ending thirst to always learn through education, travel and especially through his personal interactions with everyone and every thing. In these last few weeks as I reflected on how he embraced life, it really helped me understand that Roy considered it a privilege to be on this earth and that he believed his purpose was to learn everything he could and to spread the word about the fascinations of this world while helping others along the way. When you think about Roy in this way, his highly curious nature and his desire and respect of all he came upon truly reflected his passion and what he considered to be his life long adventure.

I will share a few of my observations which will hopefully help all of you understand what I’m talking about.

Roy was an only child and grew up in Colchester, England. From what Teresa had told me he always curious, even at an early age. When he experienced the Second World War as a child, he said it was frightening but that he also learned a lot about airplanes, trains, engines and all the mechanical gadgets that were developed during the war effort. It’s no surprise that he later pursued a career in engineering and specifically, in electrical generating equipment.

I can just hear him asking a hundred questions to the wardens about all this while sitting in a bunker. And I can see him draw back and say, “I only have a few more questions”.

When he was given the opportunity to come to Canada for GEC Alstrom in 1959, he gladly accepted that and brought his beloved Teresa to initially reside in Montreal to explore this new country. When Roy and Teresa came upon three children, they had a physically challenged Debbie and a mentally challenged Michael, but Roy never missed a beat. He embraced all his children with all his heart because he knew it would be a challenge but also a life long lesson of learning and love that would make him appreciate everything that much more. Roy and Teresa became actively involved in helping and progressing handicapped groups in every City and Province they resided in for the betterment of all.

Through his enjoyment of camping, canoeing and sightseeing with his family in North America and his Air Force and business experiences through many parts of the world including Iraq, China, Ghana, Venezuela, Africa and the Arctic, his passion and curiosity only drove him to do more. He loved to capture those moments in pictures and journals and to reflect on not only what he saw, but to record the historical and societal reasons for why things were there or what function they served.

As he pursued higher levels of education in his adult life, he wanted to understand more and more about this world and hence, pursued theological and sociological studies. He especially wanted to find relationships between the lives of people and how they impacted society with the achievements they made. He sought out conversations with everyone – from camel herders in the desert to labourers in China to heads of state. He was adamant that these stories were to be recorded and told accurately and Roy shared these through his writings, history walks, tv interviews and sometimes over one, two or even three pints of Guinness! He never really cared for computers and I found that intriguing but I finally realized that he disliked things and trends that could take away the personal touches like always opening the door for a lady, sharing a cup of tea while interviewing someone, initiating a live conversation with a stranger or stroking a pet – actions that he believed formed the basis for order and respect. And he was so right when you see how much we have lost in regard to the art of conversation, tolerance and social civility today.

Through all of Roy’s 85 years, he remained a very caring person who wanted to make things better for all and even when we thought he was sometimes stubborn and firm, we came to realize that he only did that because he believed and would say “if your going to do something, do it right with all your vigour, tell it clearly and do it with the utmost respect and class” because you are recording and telling a story about the fascinations of this world.

As Roy came into his final years on this earth, his tireless energy, drive and determination exhausted the body that he was given but he wouldn’t havewanted it any other way. He delighted in every day that he was with us and although it’s very hard for all of us to let go, I know he is smiling upon us as he embarks on his next adventure.

To my children here today, I want each of you to reflect and practice what Grandad taught you. He is very proud of each one of you and wants you embrace life with all you have and to remember to respect all and help others throughout your life.

To my wife Wendy, his son Michael, his daughter Debbie and his Teresa of almost 70 years, your Father and Husband will always be watching over and guiding you. We will all miss him dearly but we should find comfort that he will continue to do what he loves in the new place that he is at now.
Thank-you Roy for the work you have done. I dearly miss the long conversations we had with the before and after-dinner drinks of Bristol cream but, I look forward to having that Guinness with you again.

Roy was always fond of hugs and during the reception that will take place later on, I ask that each of you give someone a hug in his memory.

God bless all of you. Thank you