What then are we to say about these things? 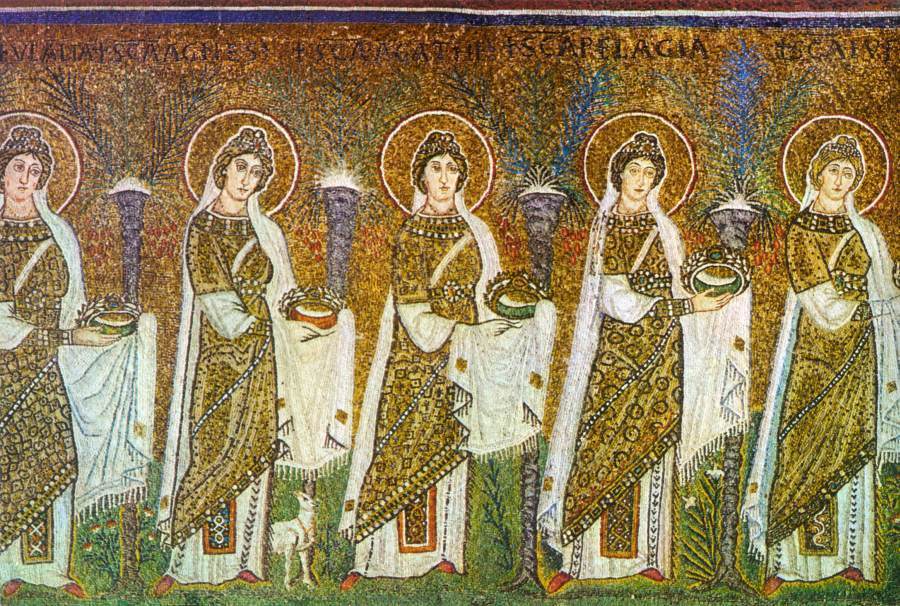 “What then are we to say about these things?”

Following the path of Jesus is a significant commitment.  In most places and most times, Christians have encountered significant opposition from the dominant society in living out their faith publicly.  The challenge isn’t just in countries where Christianity is banned or religion is severely strictured.  It also lies in cultures co-opting aspects of Judeo-Christian ethics and then using law and policy to impose them in ways that go against the gospel imperative.   Groups within the faith argue about who is right and who is wrong about interpretation of the Bible, and who has the authority to speak for the Church.  In the decades immediately following the death and resurrection of Jesus, believers struggled to understand how they could live out their calling faithfully amid the sufferings of the world.  How much were they willing to risk and sacrifice to identify with Jesus as the incarnation of God?  We are still asking the same questions today, as we take stock of our own lives and our own world.

Saint Paul writes to the congregation of Rome to encourage perseverance in their spiritual lives.  He acknowledges that the choice to become a follower of Jesus brings conflict among families, communities, and the wider society.  Although they have been taught the basics of the faith, it is a daily struggle to practice gospel values in living.  Sometimes, we don’t even know what to pray for!  Paul reassures us that this is not a barrier to doing good.  “The Spirit helps us in our weakness; for we do not know how to pray as we ought, but that very Spirit intercedes with sighs too deep for words.  And God, who searches the heart, knows what is the mind of the Spirit, because the Spirit intercedes for the saints according to the will of God” (vs. 26-27).   Prayer shapes us and empowers us to extend God’s love to others because we experience it ourselves.

The Christian way is about living not for self but for the good of the world through the love of God.  Every believer is “called according to His purpose”.  This predestination is literally God’s way of programming the endpoint of the kingdom within each one of us, like a spiritual G.P.S. (Global Positioning System).   When we say “yes” to live out our baptismal promises, we start on the route.  The glory that lies ahead is foreshadowed by the grace and love we encounter on the way.

But that doesn’t mean it is a smooth road.  Paul maps out the hardships, distress, persecution, famine, naked need, peril, conflict, even death, that might be along the way.  Life is difficult for about 99% of the people who live on this planet.  And the 1% at the top have their own problems and sins to wrestle with!  For people of faith, however, sustenance comes not from within ourselves, but from the power of God that we can draw on at any moment through prayer.

In the Greco-Roman world that Paul and the early Church experience at the time of the Letter to the Romans, there was the myth of the hero.  Heroes were aided by luck, or fate, or the gods, to do extraordinary things.  They were gifted with abilities or opportunities or cleverness to meet challenges and solve quests.  Some were raised to the status of demi-gods or celebrated in the stories and myths of the empire.  Then Jesus came along, living a humble life and dying a criminal’s death on the cross.  He was the antithesis of a hero for the dominant culture and a blasphemy to the Jewish people.  Yet the Christian narrative is that Jesus is victorious over death and sin and rises to accompany believers with God’s Spirit for new life.

The Church doesn’t need superheroes.  It needs followers who are grounded in superhuman power through Jesus Christ.  And through the Spirit of Christ, everyone has access to this power.  Prayer is the channel for the Spirit’s help to endure the sufferings of the world.  So throughout the history of Christianity there are stories of individuals who have modeled this faith in their lives and deaths.  We often call them Saints (with a capital S).

Take Agnes for example.  I’ve been re-reading Margaret Visser’s “The Geometry of Love”, about the meaning and architecture of an ordinary church in Rome, Sant’Agnese del fuora.  Following the symbolism and stories surrounding this ordinary Christian, we learn that she overturns both her culture and her societal place to become a virgin martyr at the age of 12.  The tale goes that Agnes refused to marry or to revoke her baptismal promises, and so she was sentenced to work in a brothel and then burned and stabbed to death for her belief in Jesus Christ.  At a time when young girls were routinely married off to secure social connections, she upset both her family’s plans and the norms of Roman society.  We don’t know whether she was physically raped or not- it is still a method of making women “damaged goods” so that their subsequent killing is more justifiable.  But for Christians of the time, it didn’t matter.  She was pure in spirit even if her body was violated, and so she was still a virgin in truth.  And she was one of the early martyrs.  Her grave in the cemetery soon became a shrine, which then grew to a chapel surrounded by catacombs of others who wanted to be buried near this saint.  This was followed by a church that grew over the centuries to contain both her crypt and the stories surrounding her faith.

The horror of her tortures were recounted to extoll her steadfastness and encourage others.  St. Agnes was venerated and remembered by all the other small “s” saints of the Church of Christ.  There are countless others who may not have a day named after them.  Modern examples are those who are not willing to submit to the dominant society’s schema of what their role should be.  Instead, they have found the courage to live out what it means to be fully human, even in the face of persecution.  Whether it is a woman jailed for driving in Saudi Arabia; or a person coming out with their sexual identity in Russia; a protester in the Black Lives Matter movement; or indigenous voices against colonial injustices and white privilege:  there are many who are motivated by faith.  These are spurred on by glimpses of the kingdom of justice and love beyond what humans have shaped it so far.

Jesus told many stories to help people imagine what the kingdom of heaven is like.  Christians are those who do not deny the reality of this kingdom even in the face of all that is wrong with the world, of all that oppose its coming.  Paul reminds us that God’s love in Christ Jesus is bringing it about, but we have to be in for the long haul.  It is easy to give in to compassion fatigue.

We are seeing that now in our wider culture, where Covid fatigue is playing out.  We are so tired of some of the precautions: of masks and handwashing, of keeping our distance and limiting our social bubbles, of staying home from work and not being able to be present with those we want to hug.  But as people of faith, we are not just doing them to protect ourselves, or even our own families.  We are motivated for the good of the world- for all elders, for all children, for all who are vulnerable.   And we are challenged to keep risking by staying committed to gospel values.  To share with those in need.  To invest in changing unjust structures.

When we are tired and we don’t know what to pray for- how to make the world right- the Spirit will pray in us and for us.  And I believe we will rediscover that the love of God in Christ Jesus will bring us through to that time of future glory.  What shall we say about all these things?  St. Paul put it well: “I consider that the sufferings of this present time are not worth comparing with the glory about to be revealed to us” (vs. 19).