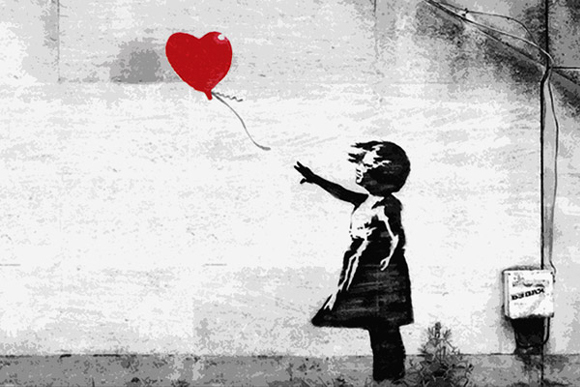 It is hard to ask for things, especially money. For me whenever I am in the position to ask for help, money or anything I feel vulnerable and in some way less than what I should be. It’s hard not to be because we are taught to be independent and not to depend on others. This is a good thing as we grow and mature into our adult lives to live independently. However, as with all good things, there are those aspects that aren’t so great. One of the side effects of having a strong sense of independence is the risk for us to become isolated from others including our friends and family. We build and develop walls that surround us to keep us safe and independent. But if we are not careful these same walls can keep out the very people we need and rely on for support. So we go through life believing that if we are independent and secure, we don’t need others for support. We do not need to depend on others to be their for us when we need help. Perhaps too we have experienced times when we have depended on others for support only to be let down.

Sadly, from life experiences and how we are subconsciously raised in society we develop an inward focus where we believe that so long as I am okay then everything will be fine. The reality is that whether we like it or not, whether we feel safe or not, we live in relationship to everyone else in our neighbourhood, city, country and world. So when one country decides to actively develop their nuclear program that is a problem for everyone else, because we all happen to live in relationship to others and they to us.

Not only are we in relationship to others, we are also in relationship with God. We are in relationship with God because everything including our very selves come from God. As we heard last week, in the beginning there was God before there was anything. So when one of us, whether it be family, a friend, a neighbour or a country suffers, we all suffer in some way. On the other hand, when we do well, or anyone else does well, this has a ripple effect on us and everyone as well. As Desmond Tutu would say, “No one is free until everyone is free.”

Christ Church Creston is a small multi-point parish in the East Kootenays. Like many churches we know it has a core group of people who are involved with everything. There is one person who forms the Altar Guild who is able to enlist the help of others from time to time. Often it is the same people who will inevitably serve on parish council and as wardens year in and year out. The average Sunday Attendance at the time was about 25. Easter was always special when there would be about 33 in church. There was a rectory that was used as rental property. An AA rented the hall every Friday evening.

One Sunday the Treasurer came into my office and asked what bills should be paid this month, and which we could hold off until next month. Money was always tight and at times there just didn’t seem to be enough to pay all the bills. Despite this, some how, some way, Christ Church is one of those churches like so many who can make “church” happen on a shoe string budget and a whim and a prayer. Even if the shoe string is rather warn and barely holding on.

When the cheque arrived, I could hardly believe what I was seeing. I had to take a double look, handed it to my Treasurer for her to double check. I was half convinced that there was an error. The cheque, from someone in North Vancouver was made out to Christ Church Creston in the amount of $100, 000. I still get goose bumps when thinking about that day.

We learned that this was a parishioner from another Anglican Church in North Vancouver, not St. Martin’s. When this person was in hospital, Lions Gate Hospital, she received a visit from one of the church’s pastoral visitors. She wasn’t really well known in her congregation as she only occasionally would go to the 8am service of her church. During the conversation the pastoral visitor casually asked if she had made up her Will yet. The parishioner said she hadn’t. Nothing more was said or done by the pastoral visitor on the matter and a couple of weeks later the parishioner died.

In the time from that one visit with that one pastoral visitor to the time she died, this person had in fact taken the time to make her final arrangements and make up a Will. In her Will she had left sizeable amounts of money to several charities and non-profit agencies in the community including her current home church and then of course, Christ Church Creston. We learned that her husband or father had been a previous rector of the parish.

This money given by one person all the way in North Vancouver completely changed the outlook of the church. All of a sudden, over night even, there was a lightness in the air the parish’s attitude changed from, “how are we going to pay all the bills this month” to the congregation’s energy and excitement lifting as the church community began to dream and develop hopes they never thought would be possible. A church, struggling to live faithfully to the gospel that they have been called to proclaim was given life and the possibility to dare to dream about the future. All made possible because of one person and one conversation.

On any given day at any given time as we examine our own resources that have been entrusted to us we may realize that there is never enough for everything we want. But when we think about it carefully, we realize that there is in fact plenty and more than enough for what we need with more left over to share. This forms one of our principles of Stewardship, “there is never enough for what we want, but there is always more than enough for what we need.” This principle of Stewardship changed the lives of people in communities near and far all because of the power of one person to ask and one person to respond in gratitude with the resources that had been entrusted to her for God’s work. Have you done your Will yet?