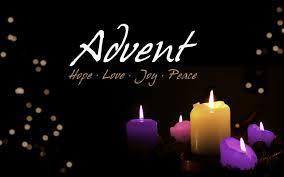 I speak to you as a sinner to sinners, and as one who is loved to the beloved of God through the mercy of God.  Amen.

If you have travelled on one of our B.C. ferries, you have heard this announcement:  “All drivers please return to their vehicles in preparation for boarding.  Foot passengers please process to dock number 1 or board the vessel from the overhead walkway as directed.”  Those enjoying a pre-voyage snack or beverage in the waiting areas glance upward to the loudspeaker and make a decision.  Do they comply with the disembodied voice, or do they linger and finish their coffee?  The times that a line of cars has had to detour around a driverless vehicle makes me wonder who didn’t listen to or understand the message.  Some poor soul missed the boat.

In this morning’s gospel reading from Matthew chapter 24, Jesus tells his followers a familiar story of those who also missed a boat.  Their Hebrew Scriptures teach about a time when humanity was more interested in pleasing themselves than in loving God and neighbour.  People had stopped watching for signs of God’s will.  Noah’s readiness to answer God is contrasted to their disbelief and unwillingness to change their ways.   They didn’t notice the shipyard next door; they didn’t ask questions; they didn’t volunteer to help out.  The flood that Noah had prepared for by building an ark swept the rest away.  They were all caught unaware on that day.

But “that day” can be any day, Jesus says.  Nobody knows.  It is a mistake to assume business as usual, unless your usual business is already dedicated to an awareness of the coming of the kingdom of God.  And that is not an event far in the future- at the end of time.  It’s happening right now.  It’s happening because the Son of Man has arrived amongst you.

When we start talking in the church about funny words like “the Parousia”, we’d better explain them.  It’s a Greek word translated in Matthew as “coming”, in the phrase “the coming of the Son of Man.”  What it means in its original language is the presence or the arrival of a ruler for a ceremonial visit, or the apparition of a deity to help a mortal.  It’s a coming with glory and trumpets and the recognition that here is somebody really important so you’d better listen up!

People associate the Parousia particularly with the second coming of Christ in judgment as described in visions from the Book of Revelation.  But here, it is being used in the present, not the future.   Jesus has identified himself as the Son of Man.  He’s here now.  Surprise!

This shifts the whole passage from being a more than slightly scary vision of the end of time, where some are saved and some are not, to what we are faced with right now.  If the coming of the Son of Man is not in the future but the present, then Christ has a message for this generation.  The time is now to hear and accept the invitation to the salvation breaking in.  Will we be taken as disciples at the call, or go about our everyday lives waiting for something else? Jesus paints a picture of two men in the fields, one of whom will be taken and the other left.  And two women will be preparing a meal, one of whom will be taken and the other left.  This is not a threat, nor is it a judgment on the person’s moral goodness.  It’s a pronouncement on readiness, not merit.  Those who serve the kingdom orient their daily lives to be watchful and responsive to this invitation.

I don’t believe that necessarily means leaving off what we are doing already.  It’s a matter of how we engage in loving God and neighbour.  We have work to do in discerning the signs of Christ coming among us and then acting on those signs.  If you really want to worry your friends and family, tell them that you belong to an eschatological community.  It’s a fancy way of saying that the Church is continually trying to live into the prayer that “your kingdom come”.  That means always being open to finding fresh expressions of how to live that out.

Sometimes the coming of the Son of Man is going to feel like a burglar breaking in, Jesus warns us.  He’s going to get past our defences and be disruptive, unexpected, awkwardly demanding.  Especially if we barricade the door against him.  In a parable, he poses a scenario:  “if the owner of the house has known in what part of the night the thief was coming, he would have stayed awake and would not have let his house be broken into”  (Matt 24:43).  Or maybe the owner would have met the thief at the door and invited him inside for a glass of wine instead of having the door kicked in.  Either way, watchfulness implies that we have more options to meet the challenges of life instead of denying them.  We can be ignorant of the water lapping at our feet or the disappearance of a neighbour or the burglar casing our home.  Or we can keep our eyes and ears open.  The kingdom coming is not easy or even welcome when it means we have to change to meet its invitation.  It’s rather like an interim process for a parish.

Here at the beginning of this new liturgical year, at this time of expectation and preparation, St. Martin’s is beginning the process of discerning the signs of the kingdom coming among us.  Together we will remember where we have come from as a parish, share where we are now, and point towards where we understand God is calling us.  As we set out on these Advent seas, we are being invited to watch for and respond to the signs of Christ’s coming.

How do we hear His voice clearly?  It’s not in just the preaching of the priest, or the direction of the Archbishop, or the wisdom of the parish council alone.   The community as a whole discerns it together, listening and encouraging and taking risks.  We begin this season of Advent with a prayerful watchfulness, a hope in our hearts, and the assurance that in the unexpected hour, God’s will is revealed.  And this is good news we can share with others: that the glorious love of God comes to those who are ready to receive it.

Thank you for allowing me to come among you and walk for a little while on this journey of hope and discovery.  I’m not in charge of the boat, I’m not the one making all the announcements or directing the traffic.  But my prayer is that I will accompany you on board with love and humility, as we set sail with Christ here and now.  Amen.