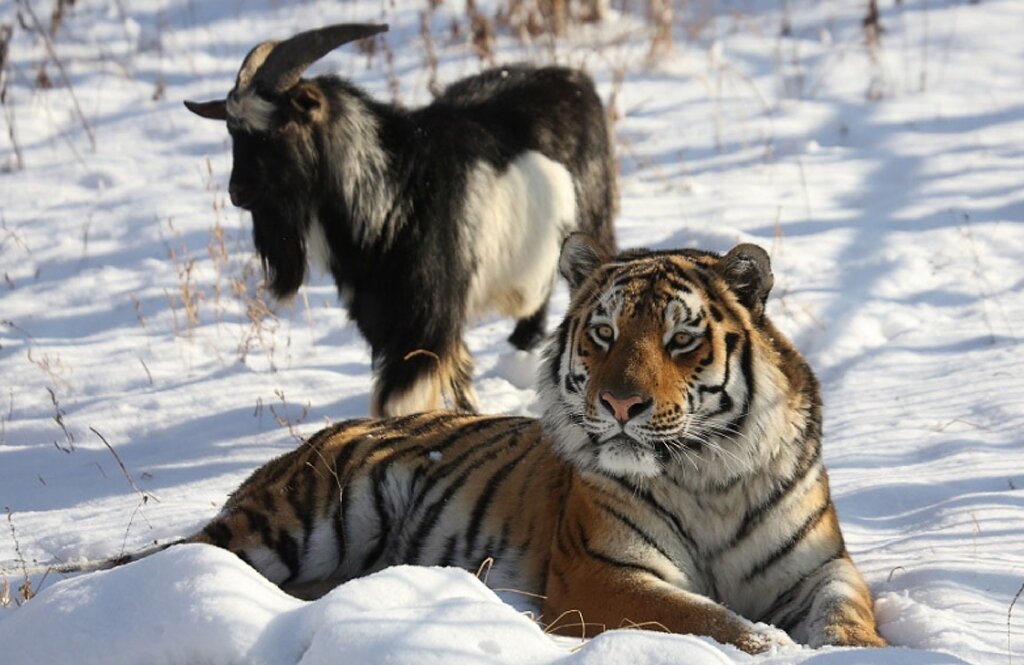 Jesus, full of the Holy Spirit, returned from the Jordan and was led by the Spirit in the wilderness, where for forty days he was tempted by the devil. He ate nothing at all during those days, and when they were over, he was famished. The devil said to him, “If you are the Son of God, command this stone to become a loaf of bread.” Jesus answered him, “It is written, ‘One does not live by bread alone.’” Then the devil led him up and showed him in an instant all the kingdoms of the world. And the devil said to him, “To you I will give their glory and all this authority; for it has been given over to me, and I give it to anyone I please. If you, then, will worship me, it will all be yours.” Jesus answered him, “It is written, ‘Worship the Lord your God, and serve only him.’” Then the devil took him to Jerusalem, and placed him on the pinnacle of the temple, saying to him, “If you are the Son of God, throw yourself down from here, for it is written, ‘He will command his angels concerning you, to protect you,’ and ‘On their hands they will bear you up, so that you will not dash your foot against a stone.’” Jesus answered him, “It is said, ‘Do not put the Lord your God to the test.’” When the devil had finished every test, he departed from him until an opportune time.

There once was a tiger cub, whose mother died giving birth to him in the jungle.  Lost and alone, the tiger cub wandered until he found a goat herd grazing at the edge of the jungle.  The goats took in the tiger cub, adopting him as their own.  Soon the tiger cub learned the ways of goating.  The tiger cub chewed on grass, and learned to bleat the goat language, and lost what it meant to be a tiger.  Eating grass and bleating like a goat, he became famished and weak.  But at least he wasn’t alone.  And in his mind he became certain he was a goat, even if goathood felt like a problem.

As human beings, we act like we’re goats.  At some point after our birth we are told what will nourish us, and the correct ways to speak.  At some point we take on a kind of goat culture.  Which is to say that we feed on things that do not nourish us.  And we bleat in fear when we should roar in celebration.  We align ourselves with people and powers and values that are not God’s, and not really ours.

You see, human beings, as we usually exist in this world, are like the tiger cub  - we are not living the way we were created to be.  Too often we hate each other.  Too often we hate ourselves.  Too often we feed an insatiable emptiness with the empty bread of consumer goods, or we seek status or position or power over others, or we neglect the suffering people of the world in an attempt to preserve our own comfort.  We are not who God created us to be.  Which is a problem.  Which is the problem that Lent challenges us with.  This Lenten season is about an honest accounting of the way we are living in the world and contrasts that with who we were created to be.   Lent challenges us to see the way we are goats when we are supposed to be tigers.

The goat is not really a goat at all - he is really a tiger - except that he does not know that he is, with the result that for the time being he is, in a sense, really not a tiger.  And so the problem is for us as humans.  In a sense, we do not know what it means to be human, and therefore, in a sense, we are not really human.

Like the tiger cub, goat culture has told us that money and power and an obsession with our own wellbeing will nourish us.  But we still feel empty.  We seem to know, in some deep down unsettled way, that we are not living the lives we were born to live.  Like the tiger cub, goat culture has taught us that we must be fearful.  And so, out of our lips come sounds of anxiety and fear and loss, and we don’t know how to speak any differently.

But if you think being a Christian solves this problem, it does not.  To be Christian only makes the problem worse.  Because a Christian is one who has seen the Tiger King – Jesus Christ.  “Not the soulful-eyed, sugar-sweet, brilliantined Christ of the kitschy Jesus pictures we see in Christian bookstores.  But,” as Federick Buekner says, “this explosion of a man, this explosion of Life itself into life.

We look at him. We glance up from our grazing for a moment, and there he stands, and suddenly we see what a tiger looks like, what a human being really looks like, and if we thought that our goathood was a problem before, our own half-baked, cockeyed humanity, we reach the point here, if we look hard, where the contrast becomes so painful that one or the other of us simply has to go. Either we crucify the Tiger King just to escape his terrible gaze, or we at least risk the crucifixion of our own goathood, which must go if it is to be replaced by tigerhood.  In either case, our first cry when we see Jesus is a cry of woe: if this is what it really is to be human, then what am I?  If this is true life, then what is this that I am living?”[2]

These are our Lenten questions: if Jesus shows us what it really is to be human, then what am I?  If life in Christ is the true life, then what is this that I am living?  The ashes placed on our faces on Ash Wednesday are a reminder of our failure to live as fully human beings.  When we peer into our reflections with ashes on our faces, we realize we have been living as bleating and grazing goats.

But seeing Jesus – the Tiger King – truly as he is, is also a blessing.  Because Jesus really was a human being.  Which means Jesus was as filled with as many fears and doubts and temptations and goathood as any of us are.  He really was tempted, as we are told in the Gospel reading this morning, by the goat tempter in the desert.

The tempter shows Jesus the scarcity of the desert, and says, go ahead, you can put yourself first instead of God – use your God-given powers to turn stone to bread because there is nothing out here for you to eat.  But Jesus sees that there is abudance.  Even in the desert, Jesus knows that God has created every grain of sand.  And the air that we breathe.  That God has given us life.  He refuses the temptation, and instead of feeding himself out of a scarcity mentality, feeds the multitides out of abundant love.

You see, to be fully human is to see the abundance that has been given us, even when resources seem scarce, and in response, we are to express love and gratitude to the Lord our God, the Giver of Life, and to share that abundance out of love.

At St. Martin’s parish, it can feel like we live in times of scarcity.  Yes, our finances are unsustainanble, and it can feel like we’re in a desert.  We could focus on that scarcity – just as the tempter tells Jesus to do.  But that is to ignore how God is at work in the world.  On a beautiful day like this, in a springtime like this, we must breathe every breath in gratitude for all that has been given us.  We must hear with gratitude the voices of those around us, singing praises to the Lord our God.  We must appreciate those that came before us, and what they built, and be thankful.

Second the tempter shows Jesus the wicked kingdoms of the world, and tells Jesus to take all the power and authority over the kingdoms of the world.  Surely we must admit that Jesus would have made the greatest human ruler over all the kingdoms of the world.  That doesn’t actually sound so bad, does it?  Except that ruling over others, collecting power and influence for our own interests over the interests of others, is the goat way of doing things. It has been the Christian way of doing things for far too long – wanting to Christianize the nations.  Jesus refuses the tempter a second time, saying that he will bow down to only God, the Creator of the Universe.

You see, to be fully human is not to rule over others, or to make the world like us, to turn native children into white Christians.  Jesus, as the fully human being, shows us that we are only called to love.

At St. Martin’s we can have anxiety that there aren’t more people like us.  We can focus on how our numbers are diminishing, and how we seem less and less relevant or influential.  But the Tiger King is not asking us to take over the world, or to assume primacy of place and priority in our society.  It is about loving others.  That’s all.  Are we about numbers, or are we about love?

And third, the tempter shows Jesus that he can use his power and status as God’s chosen to save himself.  He says, jump off the highest point of the temple.  God will save you since you are God’s chosen one.  Your one life is precious, and should be preserved at all costs.  Fear death and avoid death at all costs, because death is the worst outcome.  But Jesus replies that he will not test God by putting his life first, he will not avoid death at all costs.  Because your death can be a gift.  The crossing guard who jumps in front of a car to save a child is giving the gift of life.

At St. Martin’s we are faced with the possibility of the parish closing or merging with another parish.  It feels like a death.  I have heard from so many how painful that is.  I’ve only been with you for a couple of months, and it hurts me too.  But if we do have to close, if there is no other way, then we have the choice to make our closing a gift for others.  If we have to clsoe, how could our closing create new life somewhere else?

To be a goat is to be tempted to see only scarcity amidst abundance.  To be a goat is to wish more people were like us, or to wish everyone was like us, rather than to truly love others as others.  To be a goat is to avoid change and to avoid death at all costs.  But to see the Tiger King looking at us – to see Jesus Christ looking at us – as we graze in our goat ways, is a blessing.  Because in Him, we see our own nobility, our true identity, the way to be fully human.  In Him we see the way, the life, and the Good News.  And like the Tiger Cub, we should roar in celebration!

[1] This is a parable adapted from one told by Ramakrishna
[2] From Frederick Buekner’s The Magnificent Defeat.