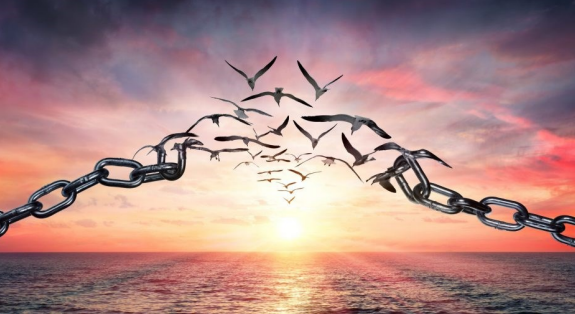 And he came down with them and stood on a level place, with a great crowd of his disciples and a great multitude of people from all Judea and Jerusalem and the seacoast of Tyre and Sidon, who came to hear him and to be healed of their diseases; and those who were troubled with unclean spirits were cured. And all the crowd sought to touch him, for power came forth from him and healed them all. Then he lifted up his eyes on his disciples, and said:

So this is a true story. My partner Lucy left me with the kids for the weekend, while she spends a well-deserved break with some friends on Bowen Island. Just before she left yesterday, our son Paul and his sister Naomi were brushing their teeth. Paul’s feet were on the toilet seat as he was leaning over the counter to put his mouth under the tap, when the force of his weight pushed the toilet seat sideways, right off our brand new toilet, breaking both of the attachments that connect the seat to the toilet.

The last words Lucy said before leaving the house were “why is everything breaking???”

In my head I answered her “Kids. They break everything!”

After sending her off at the door I went back into the bathroom, and there’s Paul with the now broken toilet seat on the floor, jumping up and down on it with absolute joy on his face. His sister laughing hysterically.

Our Gospel story this morning also concerns things that are broken. And ways to fix them. So far this year we have followed Jesus to a number of places. Jesus has travelled to the River Jordan, where the Spirit descends on him. Jesus has ventured into the desert, where he has been tempted by Satan by the promise of earthly power and delight. Jesus has returned home to his synagogue in the Galilean countryside, and to a crowd who show him a cliff they want to throw him off. He has been to a wedding at Cana, where he has turned water into wine. He has taught on the shore of the Sea of Galilee, and from Simons boat - a boat he fills with so many fish that Simon believes his boat will sink. And today, we encounter Jesus on a level place.

This story in Luke is usually called the Sermon on the Plains. When I hear it called the “Sermon on the Plain” I think of a setting with a warm breeze, dry grass and crickets. A place where there’s room to roam and space for everyone. A nice place for a picnic with Jesus. Which would make for a really nice scene in a movie. But would completely miss the point.

Because that word “level” that Luke uses to describe the landscape where Jesus is, appears in the Greek Bible many times, and most often in books of the Prophets. There, in the Hebrew Bible, “level” or “level place” refers to places associated with corpses, disgrace, idolatry, suffering, misery, hunger, annihilation, and mourning. I found 10 examples in the Prophets that have this association, and there’s probably more [see Jeremiah 9:22; 14:18; 30:4; Daniel 3:1; Joel 1:10, 20; 2:22; 3:19; Habakkuk 3:17; and Zechariah 12:11]. Yikes. That’s not the nice warm breezy place that I would prefer to find Jesus having a picnic. A place of corpses and human misery? Who wants to spend time there?

Now, level places are not all bad in the Hebrew Bible. Because it's in the level places where those same Prophets foretell the coming of the glory of God and the salvation of all of creation. I found at least 5 more examples in the Prophets where the Glory of God and salvation will be in the level places [see Isaiah 40:4, 18; Ezekiel 3:22, 23; 8:4].
By going to a level place in our Gospel story this morning, Jesus is showing us that he has come to serve and save a broken world, and he shows us who it is that God favours. And as soon as he arrives at this level place we hear that broken people come to him, and he heals them. A multitude of people come to hear Jesus and to be healed of their diseases and to be cured of their unclean spirits. The multitude that come to him seem to include both those that experience physical brokenness and also those that suffer mental and spiritual brokenness.

Now, as followers of Jesus, it is obvious that we are called to comfort those that Christ comforted. I know that before the pandemic several people here were deeply involved in hospital ministries and health care missions, doing exactly what Jesus was doing in our Gospel reading this morning. We should be proud to worship alongside these kinds of people. And we thank them for their ministry.

And Jesus is not neutral in this game. In the context of a world marked by great human suffering, there are those that have benefited greatly. Amidst the suffering of their sacred brothers and sisters, some of us have made it rich, walk away full, laugh because life has been good, and receive public accolades. Our Gospel reading suggests that for those of us that have been given everything but do nothing for our suffering brothers and sisters, Jesus comes in judgment and promises a reversal of fortunes that will come as a shock.

This Sermon on the Level Place comes as a warning. Things are broken, and if you’re part of the problem, if you’re benefitting from this broken state of affairs that grinds people in poverty and hatred, and you’re not doing anything about it, woe be to you.
Now, if you’re feeling convicted, as I am, there’s good news. Jesus shows us how to fix it. How to repent. How to turn towards God. He goes on his way, to the cross. Where he goes willingly to die for the benefit of others. He promises us, if we too die, if the way we are now dies, for the benefit of another, we too will experience a resurrection. We will experience unexpected new life.

What does it mean to willing go to die for another person? To follow Jesus to the cross? How is that Good News? How does that fix a broken world? What does unexpected new life look like? I will give you two examples.

The first is that example about my son breaking the toilet seat just as his mom is leaving for the weekend. When I walked back to the bathroom, I found him jumping up and down on that toilet seat, now lying on the ground, Paul giggling and thinking it was hilarious, and Naomi with a toothbrush in her mouth laughing her face off. It’s funny now, but I have to admit that yesterday I was angry. And not just a little bit. I felt disrespected. I thought “This is going to cost me so much money and time on a weekend I need to work and prepare a sermon, and they don’t even care!” I also thought “what kind of children am I raising here, that think so little about taking care of things?” It reminded me of all those times they’ve behaved poorly in front of others, and how embarrassing that is for me. And then I thought about them waking me up at 5:00am in the morning, for the 13th morning in a row. My ego was screaming, “No one is thinking about me! They think this is funny, when it isn’t!” And with all these thoughts circling through my head in a split second, I think the words “Woe to children who break toilet seats, for they will inherit nothing!!!”

Like the rich people Jesus is talking about, yesterday I wanted to come first. And I could have come first, with all my power as a father. I could muscle and yell my way into the bathroom and put myself at the front of the line and my needs at the center of attention. Which I have to admit I have done countless times. My ego has been known to ruin many a day. Instead, yesterday, some instinct took over, or the Spirit guided me, and I took a breath, and I walked into the bathroom and said to Paul in a funny voice “what are you doing you crazy kid?” And he replied “I’m jumping on the toilet seat” in total glee. And we made a game out of jumping on things for the rest of the afternoon. Just as Jesus promised, I had to let my ego die for the benefit of another. And when I chose to willingly die in this way, I experienced joy and so did Paul. Our relationship, which felt so damaged in my mind in the heat of the moment, flourished.

Maybe you have a similar experience? When putting the other person first, ahead of your own interests and your own ego, means that you reap the reward of a more joyful relationship? Maybe someone has done something for you, putting you first before their interests? And as a result your relationship blossomed?

Well, this is the truth of the Christ process. That when we let our own ego and self-interests die for the sake of the person we are in relationship with, love blooms. The Christ process works not just in intimate relationships, but in communities and societies.What if we our entire society, each one of us, gave up a portion of our wealth so that no child grew ever grew up in poverty, and no parent worried about how to pay the rent? What if we ensured that every parent struggling to take care of a child with disability knew that their child would be safe and happy when they were gone? To do so, we would have to willingly give up something of ourselves. We would have to give up some of our own safety and security and wealth. We would have to give up some of our ideal life – nail it to the cross.

What then? Well, let’s imagine what might happen afterward. Just as we brag in Canada that every person gets free healthcare, we would also brag that there are no poor children in Canada. That every person gets a home and three square meals – no matter what. That our most vulnerable get a life that is enjoyable and worth living and free from worry about their future.

To get there we have to give up some of our nice life, but the reward looks a lot like heaven on Earth. That’s what Christianity is about. Moving in the Christ-process, from what seems like death, into glory and full life. We are the community that follows Jesus to the cross and looks forward to resurrection. We are the community of persons that encourage each other to make that our own way of life, for the blessing of the world. As the worshipping community of St. Martin’s, and as parishioners, in everything we do and in every decision we make, we have to be willing to die to old ways of being in order for new life to spring up all around us.