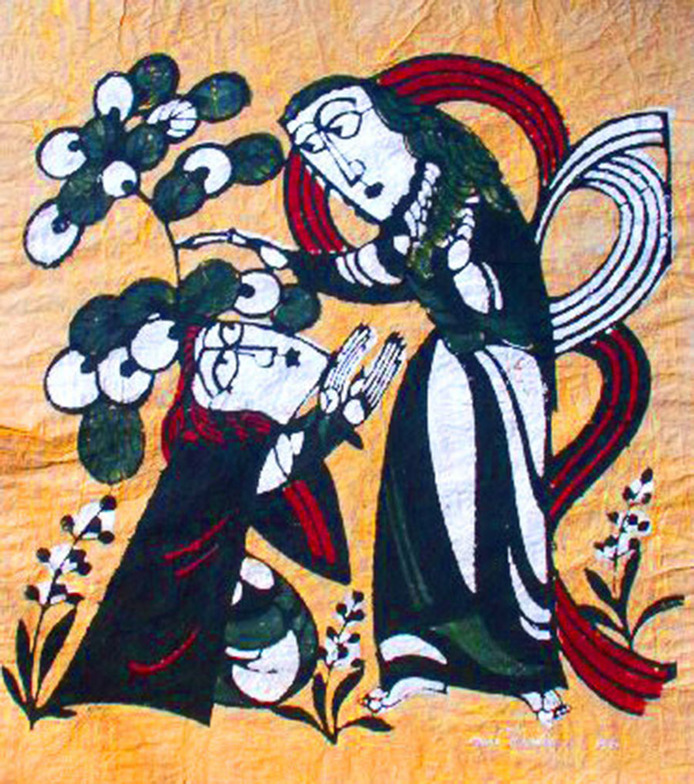 Jesus surprises us in today’s Gospel. A woman brings her child to Jesus’s feet to be healed. Jesus in turn is quite nasty as he refuses to heal the woman’s daughter saying that the children need to be fed first as it is not fair to take the children’s bread and throw it to the dogs (Mark 7: 27). Wow, can this actually be happening that Jesus would refer to another human life, a culture even, as dogs! But that is the account we read about in Mark’s gospel. Jesus refers to the woman, her daughter, and in turn refers to their culture as dogs.

The author of Mark’s gospel is careful to note that the woman and her daughter are different from the dominant culture. They are Gentiles, Syrophoenician in origin. It is hard to comprehend and flies against all that we believe and understand Jesus to be. For us, we want to believe that he is inclusive, embracing all people as the Body of Christ. This is the Jesus we pledge our lives to, the very Jesus who died on the cross for us, all of us, so that no one is left out of God’s salvation. Yet, here we are faced with a startling and uncomfortable text. If we are to accept that Jesus was fully human, then we need to also accept that he would have had human thoughts, emotions and opinions. Jesus became flesh, took on our mortality fully. This includes not only the good parts about being human, but also the bad and nasty parts. The human Jesus we meet today was racist and prejudiced.

Today we come face to face in an unavoidable way, with human prejudice and racism. We live in a world where racism is real. We hear, see and are shocked to hear how once old regimes and prejudicial movements such “White is right” are on the rise again. We are stunned when leaders of nations want to make their country great again. Not a bad idea, but what is shocking is how they decide to make their country great. We live in a world where governments want to build pipelines, forgetting in the process of whose land they are affecting. It is a world, where the natural order and the whales have to remind us of what really matters, what is really important and what is really at stake.

In a world such as the one we live in, how do we adequately prepare ourselves to fight against forces and empires larger than ourselves? How do we resist the bullies in the school yard, the street corner or in public office?

We stand up to them. Like the woman we meet in today’s gospel. She is a minority due to her race, culture and gender; yet she musters every ounce of bravery she can and stands up to Jesus. It is too bad that it is up to her to hold up what really is unfair in today’s gospel. It is too bad that no one, not even one of the disciples could tap Jesus on the shoulder and say, “you know what, given everything you have been teaching us so far, maybe this woman and her daughter have a point and a reason for your ministry.” But all too often, like the whales, it takes the minority to hold before us the injustices of our world.

It is only when the woman stands up to Jesus that the “aha” moment happens for Jesus and he is able to see, hopefully, how his behavior and actions have affected others. He is then able to make the change in himself, thereby allowing change to happen in the world around him. He heals the woman’s daughter.

This is not too different from our own world. Often when we do stand up to the bully, they crumble. Often their behavior is a ‘front’ to mask their own fears and insecurity. There are precious few people who can stand up to bullies on their own. Especially if the bully is Jesus or the government. Not all of us have the strength and the tenacity of the woman in today’s gospel. Partly because we do not share the same lived experience that she and other minorities have. So often resistance movements emerge from within the oppressed group. We can think of many of the liberation movements in our history against racism with leaders such as Martin Luther King Jr., Nelson Mandela and many others. But even they, on their own, could not be as effective as they were, had it not been for the movement of support that they generated from within their respective countries and around the world. Here in lies the key for us.

To resist the forces of prejudice and injustice requires the involvement and advocacy of others, the community of support. It takes you and me, those who are called to be the church in the world, to stand up in solidarity with the minority voices in our world.

What we learn from today’s gospel is that it is okay to be angry and mad. In fact it is right to be angry when we live in a world where the rights and freedoms of others are being persecuted. That is our duty as a church, even if it means that we need to be mad and angry at Jesus. Jesus can handle our anger. Oh and you know as well as I do, there are many times in our lives when we want to be mad at Jesus, God and the world or anyone who will give us the time of day to do so. This is a gospel that shows us that racism, prejudice and the forces of evil do not get the last word. Rather, through our actions and resistance, it is God’s law that prevails and all are made well. It is through God and by God that we, all of humanity and all of creation is made well as our reading from Proverbs reminds us, both rich and poor are made by the Lord (Prov. 22: 2). We are all made by God and loved by God.