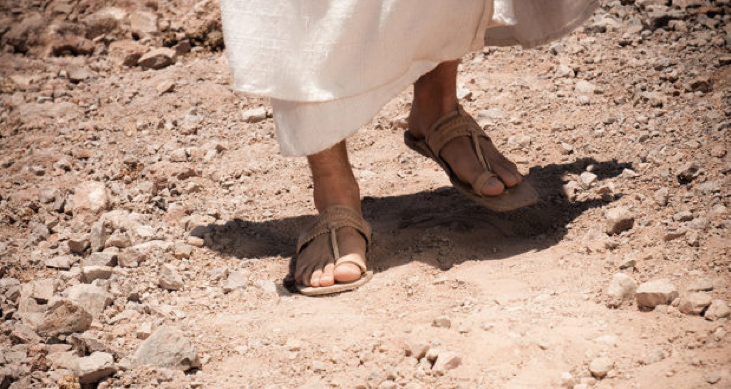 Jesus knew how to re-group, re-focus, and realize God’s mission, despite opposition. Now it is the Church’s turn.  In the gospel story from Mark 6, we hear about the rejection of our Lord at Nazareth and his response by sending out the disciples.  As followers of Christ in this day and age, we can expect the same marching orders.  We too are being sent out with authority to overcome the evils of the world.  But we don’t go alone.

The trouble starts in Jesus’ hometown.  His neighbours, friends, and relatives gather to hear him teach in the synagogue.  They take offence at his message; they can’t grasp the power or the healing that he brings from God.  Rather than be changed, they want him to change back to their expectations.  He should settle down, be a carpenter, look after his mother, play happy families.  This prophet stuff challenges their status quo, and they would rather cling to what they know then trust that God has something more.   They block his ability to cure or empower them because they can’t see Mary’s son as the Son of God.

Jesus doesn’t give up.  He re-groups with his followers and tells them that it is their turn to get some practice in the field.  Now they would probably much rather stay together in their little holy huddle at the back of the synagogue, with their leader up front.  What a surprise when Jesus gives them his authority over unclean spirits.  This wasn’t what they had expected!

It helps if we stop for a moment and try to understand what the bible text means at this point, because it has parallels for our own time and place.  Jesus’ ministry from God addresses the evils and sins of the world.  These evils were personified as unclean spirits- literally those things that take people away from the holiness of God.  People needed to be purified, cleansed, in order to have God’s Holy Spirit within them.  Instead of a “pneuma akatharton” they would receive the “pneuma agios”.  But importantly, this is not exorcism.  It is healing and restoration to the image of God.   Ironically, it is Jesus who is accused of having an unclean spirit when he is the one who is doing the work of forgiveness and reconciliation.  We are too ready to demonize that which we do not understand, to ban or burn.  There has been a lot of damage done through history when we try and cast out the demons of others without recognizing our own.  Jesus’ command is to take his authority for healing where it is welcomed.

They don’t get to take a lot with them.  No bread, no bag, no money, no extra clothing, no advance bookings for accommodation.  This is no royal procession of officials heralding the king.  These are poor travellers who are dependent either on family or friends in the villages to which they are sent, or the kindness of strangers.  Whosoever accepts them accepts the One in whose name they come.  There is no assurance of welcome; they have to trust that God will provide.  But for those who do invite them in, their currency in exchange is the healing power of God.

This is not an easy assignment, but the disciples do not go alone.  Jesus has a buddy system, sending them out two by two.  This is a good idea from the standpoint of having two witnesses to what is said and done.  It keeps the disciples safer and more honest in their interactions.  When they report back, they are able to share their surprising success stories with Jesus.  As he promised would happen, many demons were cast out and many people who were sick are cured.  Seems that the kingdom doesn’t rely on learning or wealth or status.  The disciples are not charismatic evangelists or the top 1% of philanthropists or medical professionals.  They are ordinary people who are doing extraordinary things because they believe in Jesus Christ.

As modern disciples, we too have authority to tackle some of the problems of the world.  We know there are means to cast out disease and barriers to disability, mental illness, poverty, racism, and other behaviours that defile the human spirit.   We can complain about how badly somebody else is doing at it.  Or we can answer the call to be sent out to help with the healing of the world.

This is a difficult time to be associated with the Church.  The institution is coming in for a lot of anger and resentment at how people have been demonized and resources have been controlled.  Church buildings are being burnt and defaced as hatred for what has been done is directed against tangible reminders of that past.  One pastor commented that perhaps it would be a good thing to leave the vandalism showing on their place of worship: to wear and acknowledge the shame while they found new ways to bridge the hurt with First Nations peoples.  As the body of Christ, this is our opportunity to re-group, re-focus, and realize the mission of God.  Not like the missionaries in former times, who assumed that others had to absorbed into the dominant culture.  And not through blunt force of the Church’s learning, or wealth, or status.  Can we instead continue some holy conversations about what needs healing and change in our world?  To do so, we have to risk being sent out.  Amen.