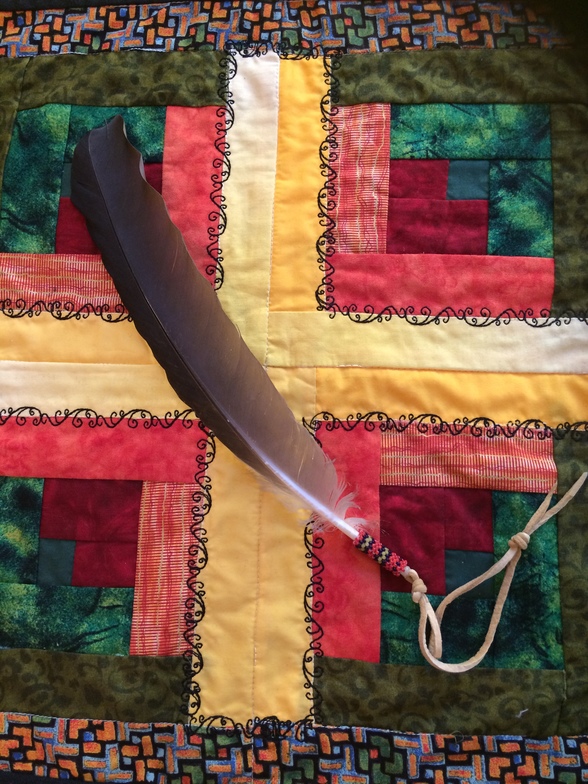 There comes a point when you can’t do it on your own.  Those who have struggled with alcoholism are familiar with the twelve step process of recovery which begins with admitting that life has become unmanageable and that we are powerless to change things.  We have to look to a Power that is greater than ourselves, and turn our will and our lives to the care and will of God.  Determination and grit and endurance can only take you so far.  When you hit rock bottom, who will lift you up out of the pit?  Two of our Bible passages today speak of how God is able to raise up those who trust in the power of the Lord to new life.

In our Hebrew Scripture reading from Isaiah chapter 40, the prophet encourages a people in exile.  Although they are far from their country, they are not far from their God.  The Creator of all has not forgotten their troubles, or hidden away from their sight.  Isaiah promises that if they lift up their eyes on high and see that there is no other else who can save them, then God is able to give them new life.  First they have to let go of their desire to be like other nations, to settle for substitutes for God in their lives, and to stop trusting that their human institutions and power are enough.  God’s way doesn’t reward those who gain security and wealth at the expense at others.  Instead, it gives power to the faint and strength to the powerless.  “Those that wait for the Lord shall renew their strength, they shall mount up with wings like eagles, they shall run and not be weary, they shall walk and not faint” (40:31).  To be lifted up, to ascend, to mount up: these are all expressions of what is possible when we reach out a hand to God for help.

The story from Mark’s gospel is also about raising up.  This time from sickness. Or is it?  On the surface, the minor healing described in Mark 1:29-39 seems a bit self-serving. Jesus and his disciples go to Simon’s house after the sabbath worship and find Simon’s mother-in-law in bed with a fever.  Jesus cures her and she makes supper for them.  At least, that is one way we can read it.  But I believe the healing here goes much further than one person’s restoration to health.

To begin with, Simon’s mother-in-law must have been very ill to be lying down.  Women are expected to carry out household duties no matter what.  There’s no allowance for self-isolating for symptoms.  She wouldn’t have been the only female in the household- there was Simon’s wife presumably- but she would have had her share of the chores and childminding.  And like women everywhere, she wasn’t likely to shirk her duties unless she was physically exhausted or mentally or emotionally overwhelmed.  She had got to the point where she couldn’t carry on.

Jesus, at the end of a long day of preaching and teaching, doesn’t sit down with his disciples and have a drink.  He is told about her and goes to her at once.  Like the prophecy of God’s compassion and care in Isaiah, Jesus is concerned for her as an individual.  Her needs are not hidden from God, and her right is not disregarded.  In ministering to her, Jesus shows the disciples that this private healing of a woman is just as important as the more public healing of the man with the unclean spirit in the synagogue earlier that day.

There are two important parts to this healing, which isn’t so minor after all.  First, Jesus takes her by the hand and lifts her up.  The word used, ἐγείρω or egeiro, is the same used for resurrection.  She literally rises again, just as later in the gospel Jesus rises from the grave.  She receives new life by trusting in Jesus’ power, not her own. Secondly, through the touch of Jesus the fever leaves the woman and she began to serve them.  But not necessarily to make them supper.  The word for serve used is διακονeί or diakonei, which shares the same root as our word deacon.  This is not housekeeping, but service for God. This unnamed woman joins many others throughout Mark’s gospel as doing the work of discipleship.

But there is a third learning for me in this healing story.  Afterwards, Jesus finds his own restoration in prayer.  He doesn’t rely on his human body to carry him through his mission on earth.  Time and time again, he shows how important it is to reconnect to the source of our being.  In seeking God’s will and keeping aligned with it, he is able to rise to the challenges of ministry.  When we have reached the limit of what we can do and endure, that’s a good thing to remember.

At a dark time in my life, I was struggling with whether to persist in seeking ordination.  All the careful structures of security and support I had built in my life seemed to be falling apart.  There were forces in a mostly male institution that were making me lose heart.  I was unsure of whether I was loved by God or anyone else.  One day while on a retreat, I took a walk on a windy hillside that just happened to be called “Deacon’s Hill”.  I stood under a cedar tree at the summit and prayed, “God, do you still want me?”  There was a squawk from the branches above me, and an eagle feather spiralled down and landed at my feet.  I took that both as a yes and as a reality check that it was only in the Spirit’s power that I could go forward, not in my own.  In that moment, I felt raised up.

Resurrection is different from resuscitation- being brought back to what you were before, or from reincarnation- being born into another body.  Resurrection is having life end and then begin again in a new way.  It is to be raised up by a power that is not our own.  May we live a resurrection life because of Jesus, who is able to break through all that pushes us down.