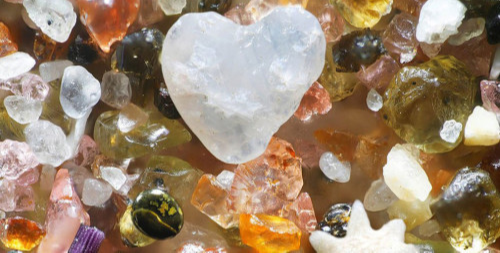 This week I will do something that is rather unconventional, even for me. I will be preaching on the whole letter of Paul to Philemon. As it turns out, our reading from Paul’s letter to Philemon includes the whole of the letter, except for a few verses at the end.

This is a fascinating letter to read as it enables us to get into the brilliant mind of Paul. We can see him, not only as a great pastor, but politician and salesman as well. This is a great study on how just to butter people up and sell them a bridge when they live in a dessert.

You gotta love the introduction and greeting to Philemon. It is lovely and flowing as Paul begins to address his, “dear friend” and the church of Apphia and Archipus. Church in Paul’s day, met in houses, not separate buildings as we do today. Another important element in understanding the nature of Paul’s writings and the world in which he lives.

Paul quickly turns on the charm and butters up Philemon. They should be so privileged because Paul thinks of them often and when he does, he hears of their love for all the saints and Philemon’s faith toward the Lord Jesus. Philemon and his house church are top notch in Paul’s estimation. Paul says, “I pray that the sharing of your faith may become effective when you perceive all the good that we may do for Christ” (Philemon 1: 6). It’s all about Jesus and Paul knows that Philemon is all about Jesus too.

Paul is clearly up to something. We are almost halfway through the letter and he hasn’t exactly stated what he wants from Philemon. So, what is it exactly that Paul wants? Paul, apparently, is bold enough, but still not coming out with it, to command or persuade Philemon and company to do their duty (verse 9). So, Paul isn’t wanting them to do anything wrong . . . But would appeal to Philemon to act in love . . . (Verse 9). Hmm, smell something fishy yet?

And so here comes the ask, and it is a big one. Paul is appealing to Philemon for Paul’s ‘child’, “Onesimus, whose father I have become” (verse 10). This is a big ask for Paul to make. Onesimus is a slave. One of the slaves in Philemon’s church and the house of Apphia and Archipus. We can imagine Philemon being quite aghast at reading how one his slaves, ran away and ended up with Paul! Duty, remember Paul saying how he would command Philemon to do his duty, Duty would say that this slave, who is the property of Philemon should be severely punished or killed. Slaves in Paul’s day were property; commodities that could be bought and sold. We can just imagine Philemon having a few choice words for Paul. How Onesimus left Philemon and ended up with Paul, we don’t know. But it seems clear that Onesimus is on the run in that Paul hasn’t thanked or acknowledged Philemon for receiving Onesimus from him. So clearly life for Onesimus with Philemon hasn’t been great.

Paul is sticking his neck out a bit by standing up for Onesimus, who by the way, is no longer a slave in Paul’s eyes, but rather a brother. Paul is sending Onesimus, Paul’s own heart (verse 12), back to Philemon, slave no more, but a free man, a beloved brother in the Lord Jesus.  Onesimus now, according to Paul, is of far more value to both himself and Philemon as a free man than a slave. And, Paul is careful to include, that if, after all this, there is still a debt that is owed to Philemon, all Philemon needs to do is simply charge it to Paul’s account and he will settle up later. This is all just fine and Paul is perfectly happy to do that and won’t even mention how much Philemon already owes Paul. Yes, a preacher and teacher of the faith Paul may be. He is too, a master politician who can take many in power to school.

Paul concludes that he is confident that Philemon will do the right thing, because he, Paul, Onesimus and everyone are all for Jesus. And just to make sure that Philemon will in fact do the right thing, Paul concludes by saying, “One thing more - prepare a guest room for me . . .” (verse 22). Paul is planning a trip and will be in town for a visit. Not to check up of course, but rather to be restored to Philemon so they can continue to do the good work of being the Church.

There is lots to unpack with Paul and what he is up to on a good day. But what does it mean to be in a situation where you know you have to leave, knowing full well the consequences for leaving are dire? What does it mean to be on the run not knowing what will happen tomorrow or the next day, but knowing that whatever happens tomorrow, is better than staying? This is the world and plea of anyone in an abusive relationship, of anyone fleeing for a better life, for human rights. This is the world of Onesimus who fled for reasons unknown, but searching to be made whole, to have his dignity as a human being restored.

Paul appeals to Philemon on behalf of Onesimus, but he appeals to us, the Church, to join him in the work of our Lord Jesus. This is the work, the Mission of God, to restore people to wholeness, to break the bonds of oppression and recognize that the God who dwells in us, also dwells in our neighbor, the people we least suspect, those we would rather avoid and those who owe us big time.

While Paul may be a master politician and salesman, his letter to Philemon demonstrates how brilliant a pastor he is and why his writings rightly dominate the New Testament.