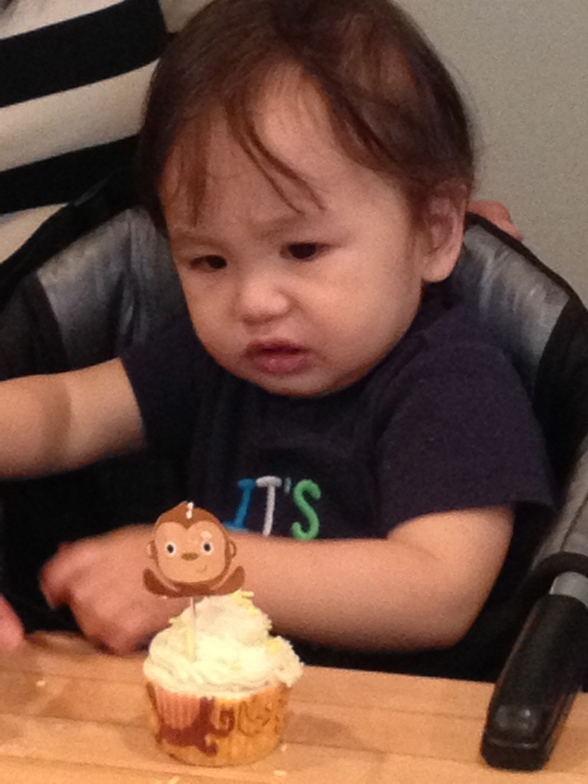 These stories, the stories of Christmases celebrated during hard times, have a similar theme—that the celebration of the birth of Jesus can be like a tonic to those in need, to those who have little to celebrate at the moment or in the eyes of the world.

This is one such story. It’s one of my stories.

It was 8:00 in the morning as the woman inside the food stamp office, a government food program for low income people in the US, unlocked the door from the inside and let in the twenty or so people who had been gathering at the door for the last fifteen minutes. One of that group was me, me at age 28, with long dark hair and a three-year old in tow.

We were all there early because, in those days, people applying or reapplying for food stamps were not allowed to make an appointment with the social worker, but instead were served on a first-come, first-serve basis. And so I, like many others, had lined up early so that we could get the earliest possible time in the wait to see the person who would complete our application with us and would calculate whether or not we qualified for the certificates that could be used to purchase food in local participating grocery stores.

It was December and the little office was filled with reminders of Christmas—plastic greenery with red bows hanging from the receptionist’s desk and cut-outs of rosy- cheeked Santas on the walls. A little crooked Christmas tree decorated with construction paper snowflakes and lights even stood on a small side table in the corner.

But for all of its festive decorations, the office was a depressing place to be. For it was filled with people who had come together to apply for food—old people with deep lines in their faces and expressions that said: “We have done this many times before,” afflicted people with portable tanks of oxygen or canes or walkers, unemployed people who looked either restless or listless.
2
And, of course, there was me—a married college-educated woman with a three-year old, a woman who believed herself to be temporarily poor, briefly passing through this place on account of temporary unfortunate circumstances.

Things moved slowly. The receptionist called a number and a man or woman got up and was shown to a back office. 40 minutes later this same person emerged. Then another number was called.

As a woman with an active, curious child, my objective was simply to survive. And so I had brought toys, books, Cheerios, and lunch to amuse, cajole and distract my daughter. We worked through these things one at a time and then worked through them again. But she was restless and I, of course, was uncomfortable just being in a place where the alternative to being down on your luck was having no luck at all.

It was about this time, after toys and books and Cheerios and lunch, not once but twice, that the outside door to the office opened and someone new walked in. She was young, African American woman in a jacket with a hood up, so it was hard to see her face. Right behind her came another woman, older, holding something down low. It was a baby carrier, and in it was something or someone so bundled and blanketed that that someone was completely out of sight.

The two began unzipping their coats to sit down. From the similarity of their features, they had to have been mother and daughter, both with high cheekbones and strong, proud faces. Neither made eye contact with the others in the waiting room but turned their attention to the slow process of unpeeling whatever or whoever was in the baby carrier.

In response to this, the little waiting room started to wake up and come alive. A bored young man sitting next to the two women moved his belongings to make more room for the baby carrier and the diaper bag. A middle aged woman with a portable oxygen tank who had sat holding her number with her eyes closed for the last two hours opened her eyes and watched as the baby was being un-blanketed. An older man with a cane began to make his way to the water fountain at our end of the room, clearly just wanting to get a look. And my restless toddler stopped what she was doing and watched in silence for the baby that she hoped would be revealed.

And revealed he was. Out of one, then two, then three layers of blankets, out of the tiny coat he was dressed in and out of a little blue hooded all-in-one, out he came—a tiny newborn with skin the color of dark coffee, and a full head of hair—a perfect little boy.
3
It was at that moment that the receptionist, the dispenser of numbers, the gatekeeper through whom all had to go to get to the social worker, the receptionist, got up out of her chair, walked over to the two women and leaned toward the baby. “Why, look at this,” she said. “Look at this pretty little boy...it looks like the Baby Jesus has come early this year!”

This was all that my three year old daughter needed. “Is that Baby Jesus?” she asked in a loud voice.
The room laughed out loud. Or was it that some of them shouted for joy?

For me, the question hung in the air: “Is that Baby Jesus?”

You could say that the story of God being born to Mary and Joseph, a family that had little, is all about God’s favour coming to and resting on the poor and the needy. You could say that the people who deeply understand the significance and gift of God taking on our flesh are those who have little more than the flesh they, themselves, are carrying around. You could say both of these things, and you would be right.

But tonight I would also say this –that the story of God being born to us, to all of us, is the story of God’s relentless love for a world that easily loses track that the sacred, the holy, lives and breathes and burns brightly in the heart of things and, therefore, in the lives that already belong to us—even in a pandemic, even as the striving for justice continues to go on within us and around us.

written and shared by the Most Reverend Melissa Skelton

Bishop of New Westminster and Metropolitan of British Columbia and Yukon