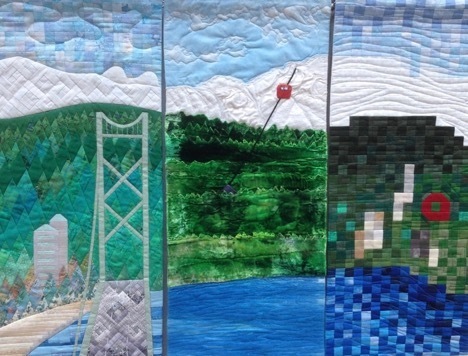 “More Than Showing Up”

Matthew 22, verses 1-14.  The story of the wedding banquet.  At first glance, this seems like a passage that would be appropriate to read at the celebration of a marriage.  Then you notice the ugly bits.  The guests are rude and violent, the king retaliates, and Jesus has harsh words at the end.  Not great for a wedding.  What is Jesus telling us here, and why do we have to wrestle with it on Thanksgiving?

Although avoidance is tempting, let’s explore this story that is not quite a parable, not quite an allegory, and feels not quite fair.  First and foremost: this story was not directed at the disciples or the people that had come to hear Jesus teach. This scripture is not in the lectionary to make you feel guilty. It is for the religious leaders.  Jesus is talking over the heads of the crowd directly to the scribes and the Pharisees.  It’s not the first time.  Immediately before this chapter are two other stories that target them:  one about a son who promises to work in the vineyard and doesn’t show up, and the other about some wicked tenants who get kicked out of the winery to make room for better caretakers.  But if they haven’t yet got the point that they are behaving like lazy sons and greedy servants, Jesus tells this third illustrative tale about ungrateful guests.

The actions and reactions of the characters are extreme.  Real people don’t normally act like this; it can only be hyperbole.  Take the wedding guests.  There’s no thankfulness here for being included. Now, maybe you’ve been invited to a party and you didn’t really want to go.  And maybe you’ve made an excuse.  But there aren’t any excuses in this story.  The invited guests are rude.  They ignore the call to the wedding they’d already committed to attending.  But this is much worse than filling in the RSVP card and then not showing up.  When the servants come to escort them to the banquet, they beat them up and kill the messengers.  And what about the poor soul who shows up in blue jeans instead of a tux and can’t explain his social snub?  He gets pitched back out the door.  Again with the weeping and gnashing of teeth for all those who either didn’t show up or didn’t put the effort into trying.

This story is about more than the moral that invited guests should show up for a party.  Matthew 22:14 has to be one of the most misused lines in the Bible: “Many are called but few are chosen”.  We often think it is about God’s selection process- try hard and you might be one of those that makes it to the banquet.  But that’s not what Jesus has been preaching about.  Repentance and forgiveness the way to the kingdom.  That’s at odds with a cut-off point for heaven.  “Many are called”- that’s fairly straightforward.  God’s word is proclaimed to those who listen.  But “few are chosen” needs a bit of unpacking.  The Greek word eklektoi does mean chosen.  It also signifies selected, elect, specially loved, exalted, a recipient of special privilege.  The chosen in this context could well be the religious leaders- those who were supposed to understand and explain God’s righteous way.  The teachers of the law, whom Jesus was addressing, had fallen short in their calling.  They may think of themselves as the only chosen people, but God has other ideas.

If you walk next door to the gospel of Luke, there’s a kinder, gentler version of this story.  Like in today’s version, some scholars point out that there could be one to one correspondences Jesus is drawing.  The king is God, the slaves are the prophets, the first set of guests are the Jews, the extension of the banquet is to the Gentiles.  That works for Luke’s context.  But we are stuck with Matthew’s harsher view, which has sometimes been interpreted of God abandoning the Jews in favour of Christians.  But remember that Matthew is a Jewish Christian.  He’s not going to throw all the Jewish people under the bus, but he is going to contrast the shortcomings of those in authority with what God is showing us about the kingdom.

So where is the good news here?  It’s all about God’s action.  There’s the invitation, graciously extended and followed up.  There’s the banquet- with the food prepared and waiting for the guests.  And there’s the amazing revelation that those who are called are not just the family or people of any particular merit.  The good and bad alike are gathered in.  Here’s an opportunity that is open to all, whether we got an original invite or not.

Today, the word of God is not given to make us feel guilty about whether we can physically get to church or not, or whether we come forward for communion or not, or even where we are on our faith journey.  It’s to reinforce on this very different Thanksgiving that God’s love is open to all.   What really matters is that we ask to come in to the kingdom with thankfulness and humility, not relying on privilege or pride.  It’s our inner clothing that Jesus is speaking about.

Maybe we should switch around that phrase to “few are chosen, but many are called.”  How can we help with the call?

These words apply to the ways in which we are to be faithful.  When we are thankful for our privilege, when we take our responsibilities seriously, when we are grateful for God’s invitation to share in the care of people’s souls, we are being responsive to the call.  It’s not about enjoying the perks of public respect or exercising power over others, much less having the best seat at the banquet.  The kingdom is manifesting the compassion and forgiveness and thankfulness and grace that is needed for the feast to truly begin.  It doesn’t matter how few are at your table this year, or how few are actually in the church building.  The kingdom is larger than that.  Amen.