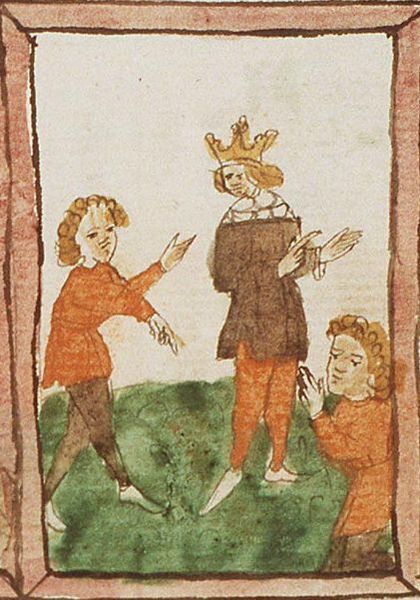 For the longest time, I had some difficulty with this passage from Matthew’s Gospel. We read about how a landowner entrusts a portion of his wealth to three of his workers or slaves. Two are quite successful and produce double what they were given in the first place, whereas the third, the one who received only one talent, doesn’t do anything with the money and is punished harshly.

Part of my issue is that for the longest time I identified with the third slave, the one who received one talent. My interpretation at the time was that this slave was rather frugal. Instead of using what was given to him to create more, he saved his money. He kept it safe. Because saving is supposed to be a good thing. He knew that this was not his money, but rather his Master’s. So when the Master returned, the slave, in good faith, returned what was given to him. Nothing more, nothing less, fair and square. I couldn’t understand why the Master treated this third slave so harshly. But then, I came across another more recent story, with a deeper understanding of what stewardship means and what living in abundance looks like.

A church, somewhere in the Diocese of New Westminster, was struggling. They were trying to cope the best they could with declining membership and revenue. It became clear that the church was going to have to close. Not that anyone wanted the church to close. It was only that they simply didn’t have the people or resources to meet their basic needs. Hard to believe in a diocese such as ours. As they were approaching this reality they decided that they wanted to control the decision, and decide how they were going to close. So while they still had some money and people around they made the bold decision that they believed their ministry in God’s Mission was now complete.

Instead of signing off and closing the books and suggesting how the remainder of their resources could be used and reallocated by the diocese they decided to do something different. They decided that if their ministry was now complete and everyone was content with the decision they would have fun with what resources they had left. They decided that they were going to focus on what gave them joy and fulfillment as people and a church. The mindset of, “well we have never done it that way before” that so many churches fall into was let go and the parish embraced fully the new and the different in their midst. If they hadn’t done something before, they did it the next week. If they needed to purchase equipment for a project, even if it was a one-off event they did. They sang hymns they never dared sing before, whether they new them or not, they did not care. The liturgy became more experimental and diverse. The days of what they used to do were over. Their days, how ever few they would be, were devoted to living into something new, they allowed themselves to be more free to fully express themselves in new and different ways.

They had no idea how long the fun and ‘madness’ would last. They had no idea if it was going to be one month, 8 months or even a year. They had no idea that they would actually start to grow and develop into a vibrant parish again. But they did. As the weeks turned into months, then a year, two years, the unthinkable happened. They began to grow despite their best efforts. New people arrived and were caught up in the fresh air and fresh expressions that were emerging in the parish. Tithing and financial resources began to rise. Before they new it and to their utter disbelief, the parish was growing. This is a parish that is still alive and offering faithful ministry in God’s Mission today.

So perhaps the first two slaves are onto something. Perhaps the wise decision is to use what has been entrusted to us in a way that is life giving and can grow into an abundant life. We, like the slaves in Matthew’s Gospel today, have been entrusted with a certain number of resources. They are not our resources, despite how much we think they may be. But rather we know they are God’s resources given to us for God’s work. We like the slaves have a choice in what we do with the resources entrusted to us. We can use what we have to further the gospel and Mission God calls us into, or we can recognize that what we have doesn’t belong to us and we can give it back to God, fair and square.

Realizing that these are not our resources provides us with a certain freedom. But it is risky to use what is not ours to further the work and legacy of the One we serve. But this is the essence of what living an abundant life means. It does not mean that we live recklessly and make careless decisions. Rather it means that we embrace what we have been entrusted with and use these resources in a way that furthers our purpose and mission in God’s world. We will make mistakes, for sure. It might all go wrong, of course. But if we allow ourselves to be vulnerable and open to the will and mind of God, we may be surprised beyond our greatest imaginations. We may find that we are slowly but surely living with an abundance of resources, with a new and more dynamic life than when we first began. Because isn’t that our greatest desire? In the same way we watch and admire how our children grow and develop into the people they become. With each passing stage in development from childhood to adolescents to adults, they remain the same people, yet different. We don’t ever stay the same, rather we grow, adapt and develop as we encounter new possibilities and opportunities. The same is for us as a church. We too are able to grow and develop as vibrant people and a vibrant parish, living faithfully the mission God calls us into each month, each year as we respond in dynamic ways to changing circumstances and opportunities in our world.