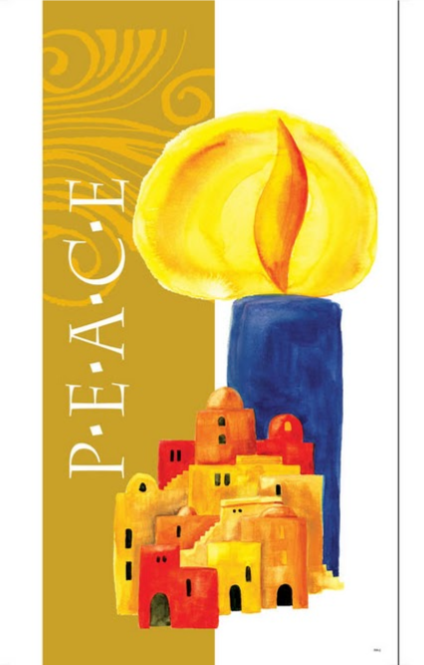 A man is approached by someone he does not know and never met before. This person tells the man that his fiancé is pregnant. The man’s world suddenly stops. How could this be? Is he the father, or is there someone else? Oh the scandal! So many questions, so much uncertainty in a world that is already uncertain. The stakes are high and Joseph knows it. Does he stay with Mary, marry her and carry on a life together? If so he risks losing a lot. People will talk. Does he leave Mary, leaving her to fend for herself in the world? There would be no way in which she could support herself. No other man would dare marry her. She has a child out-of-wedlock. The stakes are high for Mary too. She has a lot to lose. She has everything to lose.

So what is Joseph to do? Deep down Joseph knows that leaving Mary is no real option at all. After all this is the woman he loves and is engaged to. To Joseph it doesn’t matter what polite society will expect of him. He will marry Mary. They will be together forever, through thick and thin. People, society and the religious elite can say what they are going to say and do what they are going to do. In Joseph’s mind there is only one acceptable choice.

This is a story about taking risks and making hard and unpopular choices even though they are the right choices to make. We have all been there. We can all relate to this story. Perhaps not this exact set of circumstances, we have never the less been in situations where we know deep down the right decision to make is the least popular one. We know what that feels like. We can relate to the anxiety and the push pull effect of whichever decision is made. It can eat away at us until we ultimately make the right decision. It has to be the right decision because we also know if we make the wrong or easy decision that too will eat away at us.

Through Mary and Joseph we learn that God takes a risk with not only Mary as we learned last week, but also with Joseph. God takes a risk with Joseph because there is no telling what he is going to do. He has a choice to make and it is his choice. He can stay or he can go. Joseph, after hearing God’ plan, takes a risk and is in. He takes a risk and makes a decision for reasons based on love and compassion. Was he afraid? Of course he was. But he realized as we all do that despite the fear, making the right decision ultimately leads to us feeling better about ourselves, the other and the circumstances we are in.

What we also learn from this narrative is that our Faith is not always easy. We are always and in many ways faced with hard choices to make. Ultimately when we make hard choices we also learn something about sacrifice. Making unpopular choices means that we are prepared to lose or give up something for the greater good. Even though it is the right decision, sacrifice is also not easy. We risk losing friends, family, employment or any number of other parts of our lives that once had meaning. Mary and Joseph risk losing everything thereby they are willing to sacrifice everything, even their very lives.

Advent is the time when we get ready for the Incarnation. We get ready for God to show up in our lives in unexpected ways right here in the flesh. This is a real and physical experience. This is in part what Barbara Brown Taylor, Richard Rohr and others comment on that “Matter matters to God.” Because matter matters to God, that being our very bodies, possessions, buildings and all the physical stuff in our lives, God is interested in how this stuff is used. The choices and decisions we make about our matter, the physical stuff, is important and of interest to God. So much so that God decides to take a risk and show up. God shows up in the midst of the physical matter, becomes matter and enters into a common experience with us. This is what lies at the heart of the Incarnation and what lies at the heart of what we will gather once more next week to learn more about when God becomes flesh through the birth of Jesus.