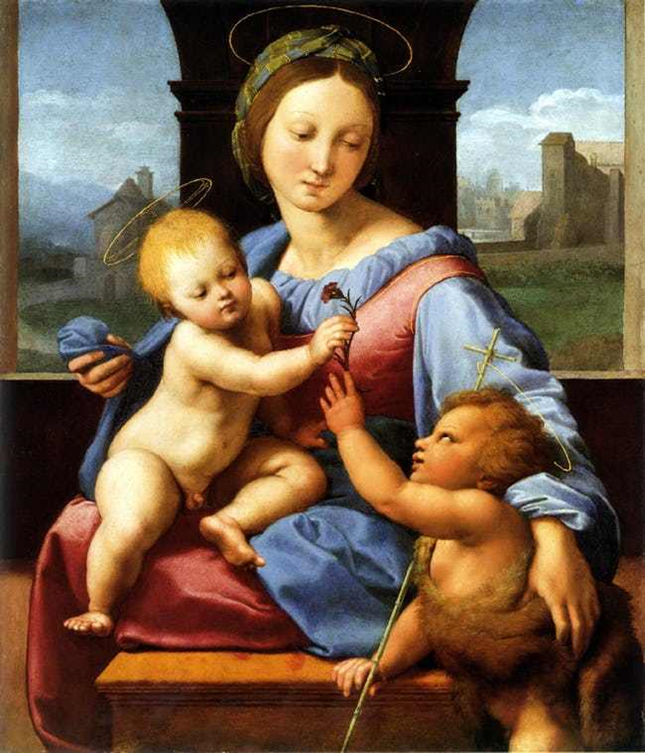 May the God of the prophets- of Isaiah, John, and Mary- guide us to say yes what is good and holy in our lives, through Jesus Christ our salvation.  Amen.

The Magnificat is a beautiful and familiar song in the Anglican Church.  We chant it at Evensong and here during the season of Advent.  Many choral settings elevate the text of Luke chapter 1, verses 47-55, to sublime performance.  The words of Mary to the angel Gabriel at the annunciation, the announcement about the coming birth of Jesus, are a joyful assent.  But the very beauty and familiarity of this canticle can obscure how radical it is.   The Magnificat is a proclamation of agency.  Mary has a choice.  And so do we.

God doesn’t force compliance.  There’s a gift given to us by our Creator.  It is called free will.  The very essence of God’s nature is love freely given and received.  God didn’t want unthinking devotion and obedience.  God wanted us to be able to choose.  The Hebrew Scriptures give us a creation story about a garden, where the first people were placed in the midst of choices about what to eat and what not to eat.  When Eve picks the fruit of the tree of good and evil, humankind exercised a right that God had given them, even when it was the right not to trust God.  Yet even when Adam and Eve hid in shame, God sought them out and looked after them tenderly.  God clothed them and sent them out into the new world they had opened as a consequence of their actions.  And God kept coming up with ways to invite humans back into right relationship.

This one God we know through Sacred Scripture is very different from the other deities that the human race has come up with.  In ancient societies, the gods were absolute in their rights to worship.  You bowed to them or else.  In the Greek and Roman myths, gods took human form and came down to earth to rape or seduce mortals.  What fun to trick someone into getting what the deity wanted!  It was the idea of “droit de Seigneur”, literally, the lord’s right to do what he (or she) wanted.  Kings and rulers who spoke with the authority of a god were to be obeyed without question.  They couldn’t do anything wrong because they were mouthpieces of the divine.  Law and religion took away accountability for their actions.  Subjects had no self-determination because they were property.  Some groups had no rights because they were judged irrelevant, useless, or unholy.  Who the people look to as a god always has an influence on how they treat others.

In contrast, our God looks “with favour on the lowliness of God’s servant”, Mary.  God doesn’t try to trick her, or to announce a done deal.  God waits for Mary’s “yes”.  All the words in the exchange between Mary and the angel are in the future tense.  She asks how she can possibly conceive a child when she has not been intimate with a man (Mary may be young but she knows the basic facts of life).  The angel tells her that the Holy Spirit will overshadow her.  But it hasn’t happened yet.  Not until the assent with the words “Here am I, the servant of the Lord, let it be with me according to your word” (Luke 1:28).  Her response is the traditional response of the prophets when they are called to God’s work.  Here am I.  It is also an echo of God’s name: I AM.  Mary comes into right relationship with her Creator.  It is her choice.

What if she had said “No”?  Would God have respected that answer?  Would God have found another way forward to come to humanity and invite us into the kingdom?  We don’t know, but from our Holy Scriptures the track record is clear.  God wasn’t going to give up on this world.  In the midst of all the choices of humanity, both good and bad, God works with those who are willing in order to bring reconciliation.

That means going counter-cultural.  If the rulers and those in authority are blind to the ways of the kingdom of God, then God turns to those who are listening.  God comes to the lowly, the hungry, the weak.  Mary’s song speaks of the reversals that are taking place around her through those who, like her, have claimed the agency for good.  God’s part is to give us sufficient grounds for choosing the right path, but the decision is up to each individual.   The most crippling thing in our lives is to despair- to feel that we don’t have a choice or that we can’t make a difference.  Modern idols demand our attention: wealth, fame, power.  But none of these forces care for us.  None of them want a loving relationship.  None of them are going to give us a rationale why we should devote our time and energy to their pursuit.  They don’t ask for consent, only worship.

The role of the Holy Spirit in our lives is to guide and encourage us that the reality is different.   God offers us informed consent.  In describing the future possibilities, we have the option of choosing whether we want to ally ourselves with the holy purpose.  When the prophet Isaiah saw a vision of the people returning to God, he could have dismissed it or stayed silent.  But he proclaimed his hope for Israel.  When Mary was approached by the angel Gabriel, she could have said “no”.  God wants our consent.  In order to share that divine love God was willing to do anything, even to come to a young girl and ask for her to help bring that love to birth.  And with our God, no means no.  But Mary heard in his message a hope for all humanity.  Her soul magnifies the Lord- she makes God’s purpose greater and stronger and truer.

To live is to make choices.  We can’t avoid them.  But it helps if we take the time to understand what is being asked of us, and why, so that we can prayerfully respond.  In doing so, we, like Mary may find ourselves holding something fragile and holy and incredibly important to the world.  Do you remember Dorothy Sayer’s play cycle: “The Man Born to Be King”?  There is a phrase from that which has always resonated with me.

Innkeeper’s wife:         D’you think it’s really true? About him bein’ the promised Saviour as is to bring back the Kingdom to Israel?

mary:           Sometimes – very strange. I feel as though I were holding the whole world in my arms – the sky and the sea and the green earth, and all the seraphim. And then, again, everything becomes quite simple and familiar, and I know that he is just my own dear son.

We can choose to love.  And that is always enough.  Amen.