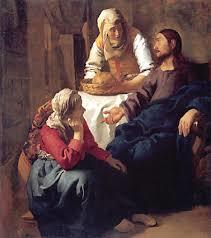 Paul’s letter to the Colossians comes to us at a timely moment. What Paul is saying resonates with much of what we have been hearing and witnessing over this past week with General Synod and the debate and resolutions that have emerged. In hearing the debate at General Synod especially around the conversation regarding the marriage cannon I was struck by how people talked about their faith, our faith, and their interpretation of Scripture. There was a vast breadth of perspective ranging from the bizarre through to good, sound and well-grounded Biblical interpretation. As the debate unfolded and as speaker after speaker addressed the Synod and now as I reflect upon this passage from Colossians, I am reminded hat how we talk about our faith, actually does matter. What we say and do regarding our faith and beliefs matters because people from city to city, across the country and world listen to what we have to say in the same way as we listen to them and their voice.

This is a similar message that Paul gives the people of Colossae. Paul opens his letter in his typical style by identifying himself as an apostle of Christ. For Paul his identity and the identity of the Church in Colossae is in Christ. This is an important point to remember. Our identity, through baptism, is always in Christ. So how does the church of Colossae see themselves as being in Christ? This brings us to the passage that we focus on today. Paul uses a poem to describe Jesus and his status in society. With much of Paul’s work it is within the shadow of the Empire. An Empire that is strong in military force and unforgiving. For the Empire it is Caesar who is ‘god-like’. It is Caesar who is understood as being a ‘son of God’ which would give him divinic qualities. Paul pushes against this understanding in the words of today’s passage. Paul sates that it is Jesus who is the “image of the invisible God,” (Col 1: 15) not Caesar. Jesus, not Caesar, “is the beginning and the first born from the dead, so that he might have first place in everything” (Col 1: 18). Throughout this passage we see Paul contrasting and raising Jesus against the dominant understanding and force of the Roman Empire.

What Paul is saying in these opening remarks in his letter is, “remember that you, the beloved people of God, are in Christ and it this that which forms your identity within the world.” This is our message from Paul as well. Because we have our identity in and with Christ we have a unique stance and position within society. At times we mesh well and are akin to what is happening in our neighborhoods and community. At other times, and more often than not, we find ourselves pushing against the dominant culture and understanding of the day. People listen to us. Whether they agree or disagree with what we say they listen, even when they pretend not to listen. From this understanding we need to ask ourselves, “What does it mean to be in Christ in North Vancouver, the Anglican Church in this day and age?”

Given our context and that we live in a day and age where there is a vast breadth to biblical interpretation we need to hold onto and proclaim first and foremost that God’s love is unconditional and that all people are loved by God regardless of who they love or how they practice their particular faith. We live in a culture where there are multiple faith groups living and working amongst us. Just because we are in Christ it does not mean that we need to convert others to be in Christ either. This may seem obvious to many of us. But it is worth reminding ourselves of some of the basics from time to time because we live in a day and age and share a faith where some of our members insist on a narrow and dubious interpretation of selected texts. Apparently this week in the year 2016 the word “abomination” was used to describe some of the Children of God. We are in Christ and what it means to be in Christ in North Vancouver and a part of the Anglican Church of Canada in 2016 is that we value diversity and walk alongside others who differ from us. This also does not mean that we hide our voice or shy away from offering opinion. But rather we offer our voice, practice our faith in the light of Christ who came into the world to show a different way of being. A way of being and living that is different from Imperial rule and might. He came to show us a way of life that is inclusive and tolerant, a way of life that says ALL people are the Beloved Children of God.