From Unknown to Known

The Venerable Stephanie Shepard
May 17, 2020 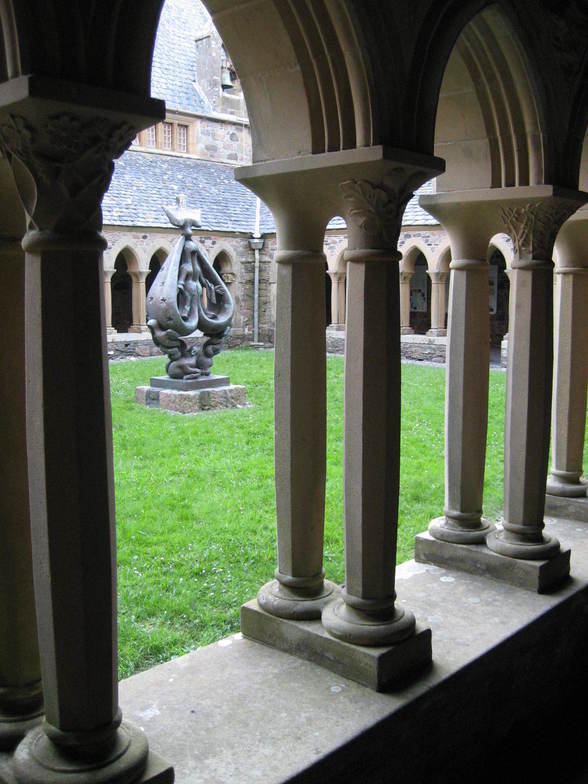 “From Unknown to Known”

A short story by Rumer Godden called “Fireworks for Elspeth” chronicles the struggle of a young woman who is deciding whether to enter what was called ‘the religious life’.  Her family has difficulty understanding her choice to become a nun.  She herself has trouble discerning what she yearns to find within the convent.  The structures of the institution are demanding her obedience, chastity, and a complete surrender of her former life.  In the end, it is not the persuasiveness of the idea of God that steels her resolve, it is her love of the person of Christ.  She will not simply devote her days to worship a far-away deity.  Elspeth will be the bride of Jesus, the risen Lord.  She finds faith not in an idea but a person.

When I was looking to for a place to study theology, I was very tempted by one educational foundation whose slogan was “God gave you a brain and God expects you to use it!”  How wonderful to be part of a larger community that wrestles with new ideas and understandings, challenging and stretching my ability to understand my faith.  But it takes more than logical constructs or convincing arguments to make love known.  Teachings can be taken apart and examined, accepted in theory or rejected, without changing who you are.  But it is knowing the Teacher that can change the heart.

The people of Athens took the work of philosophy seriously. We know, because we have a great legacy of Greek poets and playwrights, orators and sages.  This is the city where Aristotle and Plato and Socrates declared their thoughts which still shape our modern cultures.  In public places they would gather and debate any new ideas that were emerging.  An area of Athens called the Areopagus was the go-to place for exchanging ideas and encountering proponents of different schools of thought.  There the leading speakers of the day could have discourse in the civic sphere, rather like public hearings in a city council chamber or a community forum on an ongoing basis.  Legal and administrative judgments were held there.  The irony of Areopagus meaning “hill of Ares, god of war” was probably not lost on the combatants.  People can get quite emotionally worked up when they are arguing their points, can’t they?

So to this place the apostle Paul, newly arrived in Athens, is brought by the locals so he can share his “big new idea” about the resurrection of Jesus.  It would be the entertainment of the day.  We don’t know who set out to mock him, who were truly interested in hearing the good news, or who were simply curious.  But it sounds from the onset as if they were regarding what he was going to say as just another theological idea amongst the many they had already in this cosmopolitan and multi-faith centre of humanity.  They are not necessarily looking to be converted.

Paul, with his persuasive skills and his understanding of the human condition, doesn’t start by being superior or patronizing.  He appeals with their own Greek logic to their sense that they are religious people.  “Look at all your temples”, Paul says.  “Look at all your statues and objects of worship.  Let’s use this as a starting point. I want to tell you more about the option you have left open: for the unknown god that I’m sure you are yearning to know more about.”   They are fully expecting this fellow to then go on to debate the merits of why his way is better than, say, the way of the Epicureans who deny divine judgment or the Stoics who see the divine word in nature.  Translate that to today and you might expect Paul to defend Christianity against humanism or atheism or communism (or any other faith).  But Paul doesn’t want to beat his listeners over the head with point by point rebuttals.  What makes the Christian way different is faith in a person, not a series of constructs or rules.  Salvation is found in God made known in Jesus Christ.

Basically, faith is about relationship with God, not knowledge about God.  Some people have talked about a difference between being spiritual and religious.  I asked one of my daughters whether she saw a difference.  It was just before dinner, so that may have influenced her analogy.  Spirituality is like spaghetti, she said.  Religion is like lasagne.  She saw many connections in being spiritual- among God, and others, and creation.   Religion is when things get stratified and stay in their own layer.  None of us would reject a good lasagne, but many people in our culture have rejected organized religion because of the perception of rules, regulations, and hierarchies that tend to go along with it.  Certainly here on the West coast of Canada, in this socio-political landscape we call Cascadia, there is much more emphasis on individuals finding their own spiritual path outside of organizations.  It is a search of the heart as well as the mind.

Paul speaks of those who “would search for God, and perhaps grope for him and find God- though indeed God is not far from each one of us”.  This same spiritual yearning is true now for us.  I believe the human heart needs meaning in relationship, not just ideas about religion or philosophy.  What our Christian way offers is connecting people’s yearning to the source of love and hope in relationship with Jesus Christ.   Instead of judgment being the work of human beings, who will decide what ideas will rise to the top of social media and what ideas will be rejected, righteous judgment belongs to God.  Our place of judgment is not in the court of opinion or law.  It is in the place of mercy at the foot of the cross, where the one who was an unknown Jewish teacher died so that we might know him as Lord and God of all.  Jesus didn’t die for an important idea.  He died in love for you and me.  And in the power of that love, he rose from the dead so that we might find faith not in an idea but in

Come To Me Not That God Like a Father