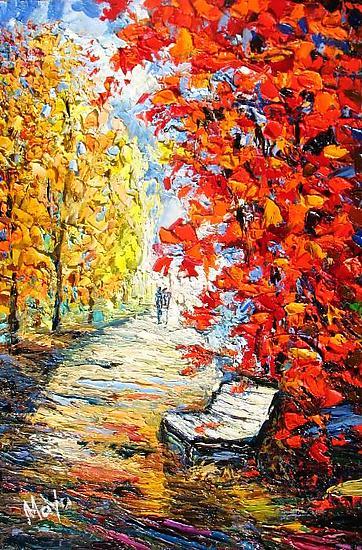 Growing up in South Africa the Mother’s Union would often have their own separate service on a Sunday afternoon. On any given street, scattered across the city of Johannesburg you would see a group of the Mother’s Union making their way to church. You could tell which church or denomination they belonged to as each denomination had a separate color uniform that was worn. The Methodists wore red and the Anglicans wore white with a black belt or cincture around the waist.

Along the way, as they sang and danced they would occasionally pick up fallen change from someone’s pocket or wallet. Sometimes 10 cents, 50 cents or even a Rand or two could be found. The singing and dancing did not subside to a quiet reverence we may expect when entering a church. The singing continued throughout the service, sometimes louder. The Offertory was an event unto itself that could take a good long while as every member, from the smallest child to the oldest and frailest would place their offering on the plate. All the money that was collected along the way, including all the money they had planned on giving in the first place before leaving for church was placed on the offertory plate. This was money given to the church with great joy and excitement.

I remember reflecting on this with my dad (who was the rector at the time) about what I was seeing. I was amazed to see that absolutely everyone gave something every time. Including myself, while I didn’t bring any money with me, when the offertory plate came my way, the Mother’s Union member, without missing a beat, would take a coin from the plate hand it to me so that I could place it on the collection plate. No one was exempt from giving to the church. I realized too that for many people, what they were offering to the church could impact significantly their ability to pay for groceries and other basics.

When I mentioned this concern to my father he said, people here are not concerned about how they will pay for groceries. They firmly believe that God will provide all they need. They believe this because they have given everything to the church, for the work of the church.

The church was the place where they met with friends. They were free to be themselves to laugh, sing and dance to their hearts content (a big deal in those days). This was where they could share their hopes and dreams for their family. They were free to share their concerns, fears and pain. So for them, it was not a hardship, but an act of Thanksgiving and joy to give to the church everything, because the church gives so much to them and forms a central part of their lives.

The Mother’s Union of South Africa taught me how to tithe and the second principle of stewardship - everything belongs to God. Absolutely everything, from the clothes we wear, the food we eat, the money we have or do not have, all belongs to God and therefore it is right and proper that we give back to God what is God’s so that we can be free to more fully engage in the work, God’s work, that we are called to respond to in the world as people and the Church.

In our Gospel today we read about the Pharisees who try, once again to trip up Jesus. Now the Pharisees are just like any other ordinary person we know. They, like us, go about their daily lives with work and family commitments. They share in many of the same struggles we share in. They too have bad days at work and experience family dynamics and tension as anyone else does.

As members of society, they too are shaped by the cultural and religious norms of the day. Social norms around property, material value and wealth are not lost on the Pharisees. Like anyone in any society their attitudes around money and possessions are influenced by society. They live in a world where the Emperor is lord. Your relationship with the Emperor and the government therefore is critical. This relationship will determine what quality of life you and your family will have. Basically they are just trying to keep their heads down and go unnoticed about their daily business.

The problem is Jesus. Here is a man who is going around town saying and doing things that ultimately runs counter to the Emperor. He is doing what he does best by stirring up the pot. This is a problem because as Pharisees and part of the religious order, they are to make sure that everyone is in line and following the same religious ideology and teachings. The social norms of the day, in fact, the law of the land at the time was that everything belonged to the Emperor.

Jesus recognizing that the Pharisees are up to something asks to see a coin. The question about taxes and the coin is in a way the perfect trap. Regardless of how Jesus answers, it is bound to upset one group or another. If he says, “Yes, go ahead pay taxes,” he upsets the Jewish community who regard this as blasphemous. If on the other hand he says, “No, don’t pay your taxes” he upsets the Romans. And no one wants to upset the Romans. As we know on most coins there is an impression of various kinds, often the head and shoulders of someone such as Queen Elizabeth. On seeing the impression on the coin, Jesus asks the Pharisees to name who is on the coin. They answer confidently that it is the Emperor’s. So far so good. Jesus says, “Great you got it, now give to the Emperor what is the Emperor’s and to God, what is God’s.”

Part of our learning in stewardship is recognizing that despite how we think we may own something; ultimately these too belong to God.

Once we begin to understand that everything belongs to God, we can then begin to ask ourselves as people and a church, how are we called to use God’s resources that have been entrusted to us and our care, for God’s work in the world? Reflecting upon this question ultimately is what gives shape to our purpose as a church.