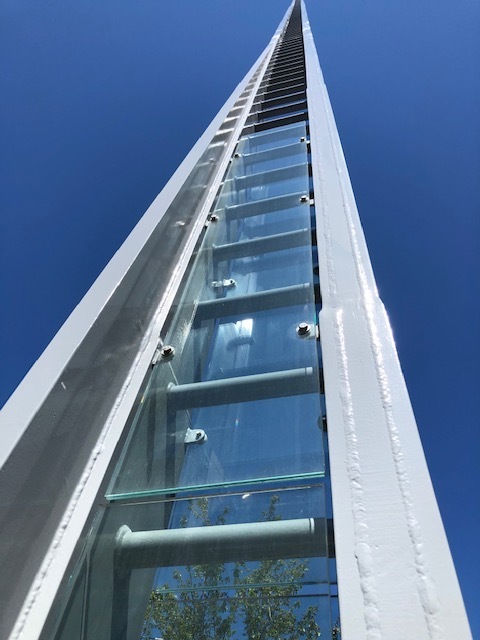 I closed my eyes, drew back the curtain
To see for certain what I thought I knew
Far far away, someone was weeping
But the world was sleeping
Any dream will do.[1]

I believe that all of us dream.  Usually when we are asleep.  And we may not remember most of them.  But there are ones that come with us into the awakening: dreams that can change the way we live if we act on them.  From our subconscious struggles there is a revelation, a glimpse of a path forward, a “what if?”  Dreams can be encounters with the truest parts of ourselves, and the truest part of ourselves includes God.

Scientists are much more prosaic when they try to explain the process.  According to official definitions, dreams are hallucinations that occur during R.E.M. (Rapid Eye Movement) periods of sleep.  They are triggered by emotional centres in the brain as it sorts through the dramas of your day.  Perhaps the neural pathways are working out strategies, options for action, or creative projections.  Or some think it is simply the brain’s post office sorting through the bits of information into storage, with the occasional letter being reviewed.  What creates dreams is unclear:  health, food, trauma, and activity all may play a role.  What the scientists are less likely to suggest as a source of dreams is divine influence.

When Ebenezer Scrooge is visited Christmas Eve by the ghost of his business partner Marley, he is quick to dismiss the possibility of metaphysical activity:

“You don't believe in me,” observed the Ghost.

“What evidence would you have of my reality beyond that of your senses?”

“Why do you doubt your senses?”

“Because,” said Scrooge, “a little thing affects them. A slight disorder of the stomach makes them cheats. You may be an undigested bit of beef, a blot of mustard, a crumb of cheese, a fragment of an underdone potato. There's more of gravy than of grave about you, whatever you are!”[2]

Scrooge could have woken up on Christmas morning either not remembering his night-time adventures or not acting on what he has learned about himself.  However, he changes through his encounters into a more compassionate human being, and the story has a happy ending.  Dreams reveal deep truths, if we have the courage to hear them.

In the Bible there are many stories of God reaching out to people in dreams to show a way forward.  God shows up during the daytime too, of course. But at night, when an individual is alone with their thoughts and struggles, could it not be possible that the Lord waits for the mind and the heart to be open in sleep to seek wisdom?  The passage in Genesis chapter 28 of Jacob’s dream is one example of how God comes in our wonders and fears, our pain and longing.

There is always a background story.  For Jacob, nicknamed “the Heel” or “the Grabber”, family trouble started at birth with his older twin Esau.  His father Isaac valued Esau the hunter and heir, while Jacob was mommy’s boy.  Relationships didn’t improve when Esau devalued his birthright and sold it for a bowl of lentil stew.  When Esau starts taking wives and starting a family, you can guess that he wasn’t happy about little brother on the scene.   Then Jacob grabs the opportunity to get a deathbed blessing by dressing up as Esau and presenting himself to his senile father while Esau is still out hunting for dinner.   Esau is furious and out for blood, preferably Jacob’s.  So his mother sends Jacob far away out of trouble, back to her family in Haran, in the hopes that both her boys will survive this family feud.

And so we find Jacob travelling from Beer-sheba to Haran and arriving for the night in a lonely place.  Father is dead; mother is fearful and far away; brother is angry as a hornet.  God doesn’t seem to have much to do with any of it.  Jacob, for all his attempts at grabbing status and wealth and love, has nothing but a rock for a pillow.  He falls asleep, and his heart’s yearnings open up in the night.

He dreams of a ladder.  Angels are going up and down upon it between heaven and earth.  Jacob is, after all, seeking connection, and the ladder is a potent symbol that he is not cut off from help.  In his dream, the Lord stands beside him.  Not way off in the distance, not behind in the shadows.  God is beside him every step of the way.  And God repeats the promise that was made to his grandfather Abraham and his father Isaac: “The land on which you lie I will give to you and your offspring, and your offspring shall be like the dust of the earth… Know that I am with you and will keep you wherever you go and will bring you back to this land, for I will not leave you until I have done what I have promised you” (vs. 13-15).

Jacob wakes in this place in the morning and says something profound: “Surely God was in this place and I, I did not know”.  Rabbi Lawrence Kushner points out that this can have many layers of meaning.[3]  Jacob learns more about Godself and himself and how human and divine are intimately connected.  In the midst of his life of grabbing and running, plotting and surviving, this character from the Hebrew Scriptures has a mystical moment.  He feels truly connected to the Creator through his dream.  And that changes him.  He makes a pillar of stones to commemorate the event, and calls the place “Beth-El”- the House of God.

I wonder what has been a Beth-El moment in your life?  Have you had a dream that has changed the direction of your life? A time when you have woken up and known something has shifted in your relationship with God or another person?  And have you had the courage to follow that through, as Jacob did later when he struggled by night with an unknown wrestler and cried out to be blessed?  When he reconciled with his brother Esau?  Or when he lived out God’s promise into the next generation with his twelve sons who became the basis for the tribes of Israel?  Jacob never forgot his dream.  Maybe it made him a little more sympathetic when his own child Joseph began having wild dreams in turn.  And perhaps paying attention to the insights that come by night can help us together in forming the dream of community here.

So, what are you dreaming about that connects you to God?  Amen.

[1] Andrew Lloyd Webber and Tim Rice, “Any Dream will Do” from Joseph and the Amazing Technicolor Dreamcoat
[2] Charles Dickens, A Christmas Carol, stave 11
[3] Lawrence Kushner, God was in this place and I, I did not know: finding self, spirituality and ultimate meaning (c1994)