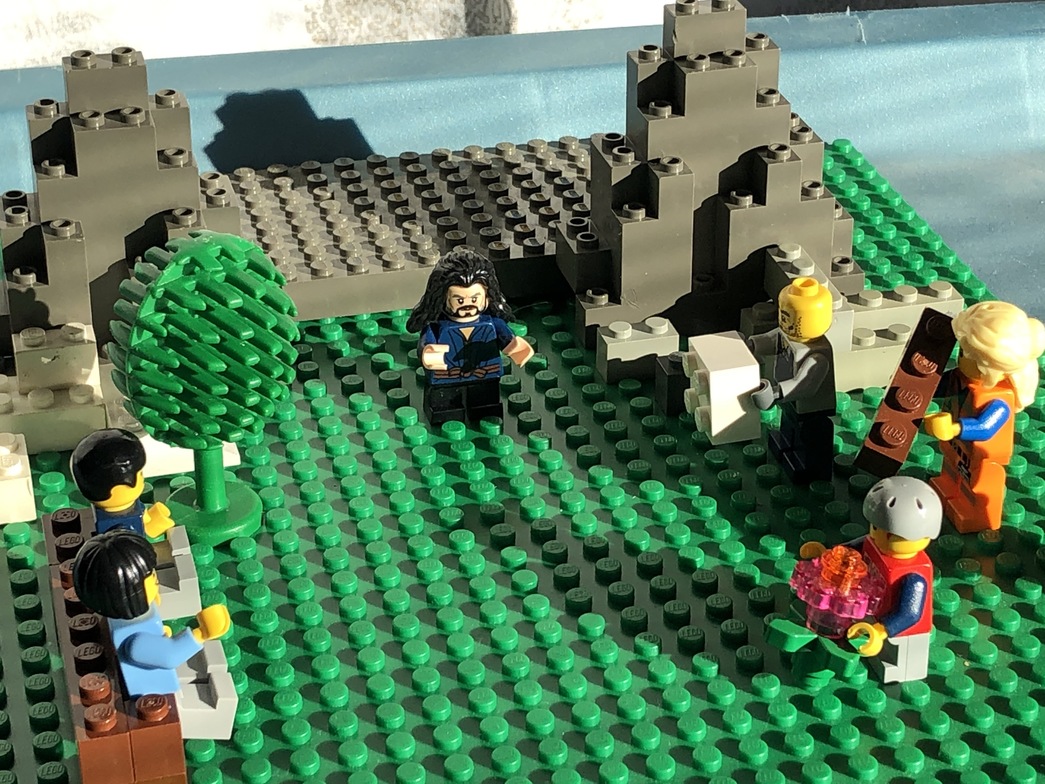 In our darkness we light a candle of hope, and pray, “Come, Lord Jesus”.  Amen.

Where have we heard this before?

Our political and health leaders have been repeating variations of these for the last 10 months.  This morning, however, we hear them directly from our Lord in the 13th chapter of the gospel of Mark.  Jesus speaks to our time and our place to give hope.  The end is nigh, and because of that the kingdom is coming for those who are watching.

Sometimes this section of scripture is called “the little apocalypse”.  The dictionary defines apocalyptic writings as those expressing the expectation of an imminent cosmic clash between God and the power of evil in which the righteous will be raised to new life in the heavenly kingdom.  In popular understanding, it is a once-only event: we all go out with a bang!  But the word means “an uncovering” or “revealing”.  In our Holy Scriptures, it specifically refers to the revelation of deep knowledge that God is at working radically changing creation.  Not the end of the world, but the end of the world as we know it.  And it keeps happening as the kingdom draws nearer.

Jesus sure sounds like one of the prophets preaching about the future in this passage.  But how far ahead was he predicting?  Remember that these words are attributed to him in the last year of his life, roughly 30 A.D.  They were passed from person to person, then jotted down in some source materials, finally written and shared in the Gospel of Mark sometime between 65-70 A.D.  Was Jesus (and Mark) speaking of the resurrection?  The end of the world as the disciples knew it came with the crucifixion of their leader.  The encouragement to be faithful even in the face of his coming death comes with clues as to what will happen after:  he will come back with power and glory.  The words he speaks after the parable of the master going away and leaving his servants in charge are curious: “for you do not know when the master of the house will come- in the evening [that is, in at the celebration of the Last Supper], at midnight [that is, at Gethsemene], or at cockcrow [remember Peter denying Jesus?], or at dawn [the trial at Pilate’s house].” (Matt 13:37).  After these events took place, Jesus did come in power and glory being raised from the dead.

Or is this foreshadowing what will happen in 70 A.D. with the destruction of the Jewish Temple?  At the time of the circulation of the gospel, early Christians and Jews were plunged into a new apocalypse.  The attack of the Romans on their holiest sanctuary meant they were literally out of the building forever.  Some may have well thought this signalled the end of the world.  They had to find new ways to be people of faith and work for the kingdom as they scattered from the Holy city.  The encouragement is that even in this darkness, the Son of Man will come anew to “gather his elect from the four winds, from the ends of the earth to the ends of heaven.” Matt 13:27.

Yes and yes.  But if Jesus were just talking about an event that is now far in the past, why do we keep returning to this passage of scripture?  Perhaps because of our own experiences of trial and hope.  Every person in their generation has faced an apocalypse of sorts.  And every person has needed some encouragement to hang on through the horror of it.   As we grieve what is lost and will never be again, can we see through our tears to what will yet be?  Jesus points us to a new beginning, one that comes after we face the ending of what was before.

Theologian Richard Rohr speaks of the spiritual necessity for us to step into what he calls liminal space.  This is the time “where we are betwixt and between the familiar and the completely unknown. There alone is our old world left behind, while we are not yet sure of the new existence. That’s a good space where genuine newness can begin. Get there often and stay as long as you can by whatever means possible…This is the sacred space where the old world is able to fall apart, and a bigger world is revealed. If we don’t encounter liminal space in our lives, we start idealizing normalcy.”

So this Sunday, we do away with the normal and get this apocalyptic reading.  Perhaps it is not such a surprise that we are starting the season of Advent with Mark 13.  The end of the church year is behind us and a new one is beginning.  In the medieval church, Advent originally started as a 40 day time of fasting and penitence from the Feast of St. Martin to the Feast of the Nativity.  Like the six weeks of Lent in the spring, this winter preparation for new life comes with scriptures that lead us again into an inner wilderness.  We step into the unknown in order to grasp what is ahead.

I have now been with you for one year as your interim priest-in-charge.  In this apocalyptic time we have sacrificed and grieved, we have adapted and laboured to maintain connections.  We have tended to the tasks that are necessary and watched for signs of life.  Now the bigger world is being revealed.  It is not normal; it is not what was.  However, Son of Man is near us, at our very gates.  Let us have courage.  We have the promises of Christ to guide us through:

“But in those days, after that suffering, the sun will be darkened and the moon will not give its light, and the stars will be falling from heaven, and the powers in the heavens will be shaken, then they will see the Son of Man coming in the clouds with great power and glory.”  (Matt 13:24).

The work of Advent has begun.  Amen.