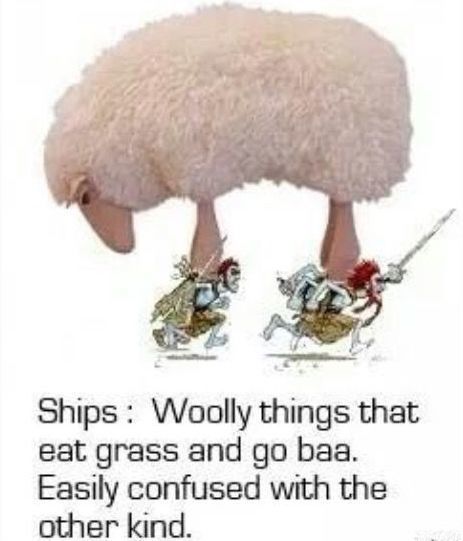 Every year, when the Church celebrates the 4th Sunday of Easter and the scripture readings come around again to the theme of sheep and flocks, I get the jokes about my name as a pastor.  And when people spell it wrong, as they often do, I point out that there is only one Good Shepherd.  I am a hired hand, or maybe a sheep dog, who is to look after the flock that has been entrusted to my care by God’s grace.  Our gospel reading, however, is not about the mandate for a priest but rather the responsibility of the community to trust and obey the leadership of Jesus Christ.

There is a temptation for systems to blame those who are elected or hired to leadership when things go wrong.  During my time as a member of the board of a charitable society, the organization was struggling with a history of conflict.  Five executive directors in succession had been hired with what had appeared to have been very clear mandates.  One after another they resigned or were fired after personnel clashes, financial concerns, and differences over direction.  The pattern of hirings and firings had led to an increasingly pessimistic view of the future of the society.  A re-examination of the way the board was doing business showed that on-site activities were positive but that a lack of clarity on goal-setting and decision-making meant that the one who was supposed to be “in charge” kept getting entangled in structural issues.  The lack of trust and a real process for listening prevented everyone from learning how to avoid making the same mistakes.  Instead of thinking that the right person would magically solve the society’s problems, the society has had to work towards a more responsive and accountable framework that places its mission, not its survival, at the centre.

This was difficult for some of the members of the charitable society, especially for those who had been leaders in the past and had fond memories of the organization in an earlier time.  The tendency was to try and repeat past glories while avoiding the changing realities of ministry.  Those coming in to help were expected to do things the way they had been done in the past: to assimilate into the existing system.  People should be like sheep and want to join the flock.  Except that sheep don’t always act the way we think they should, and neither do people.  And that makes it especially hard for those who want to help herd.

Some things about sheep behaviour that may apply to us as well:

-       They are social animals and don’t do well with isolation

-       They have long memories, so it’s important to build positive experiences

-       They like routine, so be patient when introducing something new

-       They react badly to loud noises and yelling, and move best when not afraid, so work slowly and calmly

-       Their visual and depth perception is limited, so help them adapt to ambiguous and dark spaces

-       They establish firm friendships and long-term relationships, and look out for one another

Good leaders keep learning about the behaviour of individuals in their care, and help them trust one another to strengthen and grow the flock.

Hired hands may come and go, depending on the circumstances.  Some are well-loved and trusted by the community, and mourned when they leave or retire.  Others may be remembered as running away when the wolf appears on the horizon.  The real trouble is when they are mistaken for the Good Shepherd himself.  No matter how wonderful or limited our leaders are, they cannot replace Jesus Christ as the one in whom the community must ultimately trust.  Jesus is the one who has proven willing to lay down his very life for us and take it back up again in resurrection.  The Lord is our Shepherd, who leads us even through the valley of the shadow of death to the pastures of the kingdom.  He will not forsake us.

So as this community of St. Martin’s gets ready for a new clergy leader, I want to offer a few words as one who has been a pastor among you.  First, you cannot hire Jesus.  He is already here among you as the Good Shepherd, and no one else can be a substitute for a direct relationship with him.  Anybody your bishop is going to be sending to you will not be perfect, or even bring all of the gifts and talents you might want in a priest.  That said, God will provide someone who will help you go forward to new pastures.  It will be your job together to listen and trust to continue to discern the path.

Secondly, you are not the only flock that Jesus is concerned about.  There are others outside of this community that will be brought together with you into relationship.  Maybe some are from another flock, another parish.  Maybe some have never been part of a church before.  Don’t expect them to become just like you, and don’t expect to become like them.  God’s pastures have accommodation for difference.  Becoming one flock doesn’t mean becoming all the same.

And thirdly: expect to continue to be loved during this transition.  Just as God loves you and provides for you, do your part to love and care for each other.  There are those among you who are weary with the burden of responsibility.  Let us find new ways to share the load and the laughter.  Even small contributions of time and talent and treasure can really help when we put them together.  In Terry Pratchett’s fantasy novels, there is a race of pixielike creatures called the Nac Mac Feegle.  They spent their time fighting and drinking and stealing because they believe that they have been so blessed they already made it to the afterlife.  This world is heaven!  Although they are only six inches tall, they possess enormous strength for their size.  Four of them can transport a sheep, one under each hoof.  So as not to scare the animal, they come from behind and scoop it up.  So the next time you see a surprised sheep travelling at speed through a field backwards, be on the look-out for wee free men.  And the next time you are contemplating how to move something bigger than you can carry, expect the unexpected!  Love can carry us, like the surprised sheep.  Amen.