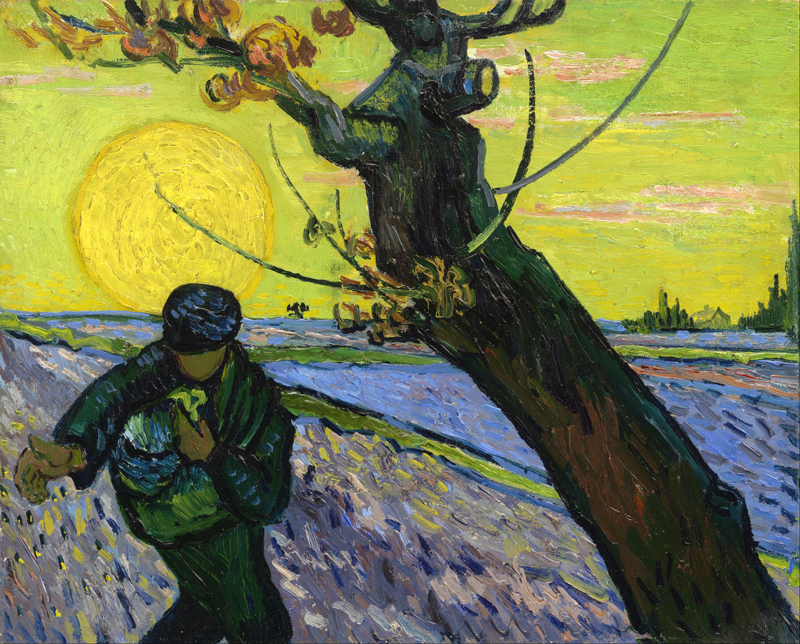 We walk by faith and not by sight; no gracious words we hear

from him who spoke as none e’er spoke, but we believe him near.

Help then, O Lord, our unbelief; and may our faith abound

to call on you when you are near, and seek where you are found.

The last time a public Sunday worship service was held in St. Martin’s church was November 1st of last year.  Seven long months of walking by faith but not by sight with each other.  The changes started earlier than that, of course.  The beginning of a period of intentional interim reflection as a parish began in December of 2019.  Then the global pandemic expanded in February of 2020.  So, for the last year and a half this faith community has been on a spiritual journey like no other in its history.  The world has changed, we have changed, and the Church has changed.  Now, as public health restrictions are set to relax this coming week, our Diocesan bishop has given permission for St. Martin’s to begin gathering again in our building on June 20th.  But we are not just picking up where we left off eighteen months ago.  This is a new creation.

As we prepare our hearts and souls and minds and bodies for this transition, we have an opportunity to reflect on the words of an early Christian leader.  The apostle Paul, writing to the newly formed faith community in the Greek city of Corinth, encourages us not to lose hope.  We, like those early Christians, are living through a cultural and theological paradigm shift.  Their old world was passing away, and a new way of engagement is arriving.  The followers of Jesus are being equipped for what is a ministry of reconciliation of God with the world.  Instead of seeing each other from a human point of view- judging others by outward appearance or group or origin- we are to see each other with the eyes of the risen Christ.

That hasn’t been done well in the history of the institution we call the Church.  As much as we try, we do see things from a limited human perspective.  We do judge by outward appearance, by accent, by schooling, by class.  The Anglican Church has its roots in the dominant culture and language of the British Isles: it’s right there in the name.  As missionaries spread the good news of the New Testament across the world, they carried with them the assumptions that English-speaking society not only had gifts to share but knew best how to do things.  What was normative at home was to be the standard for every other culture they encountered.  Some of what was brought was helpful; some was not.

One of the treasures of the Anglican way is how we are connected in our worship together.  Generations of the Book of Common Prayer have been translated into many languages, often the first written word in indigenous tongues.  In some contexts, the words were adapted by translators to local understandings of God.  But often encounters with different expressions of praising the Creator were met with condemnation by missionaries.  Here in Canada, colonialism and racism damaged the transmission of stories and teachings that might have enriched our knowledge and love of God.  We now have the work of trying to heal relationships.  Words are important, and how we use them can either exclude or include others.  The Book of Common Prayer unites us to a heritage that we both value and acknowledge has caused hurt.  There are First Nations, Inuit, and Metis that have encountered the Anglican Church through this prayer book that we cherish.  How we worship with it conveys what we believe about our God and our neighbour.  Right now, we have new opportunities not just to share our services, but to have more conversations about the overlap of culture and faith.

With our Anglican heritage, we also bring forward a lot of traditions that made a lot of sense when they were first done, but maybe don’t fit well into a new context.  I remember a few years ago there was a request to parish churches for extra supplies to send to an overseas diocese.  What was needed most was holy hardware: chalices and plates and crosses for faith communities that were asking for the basics for celebrating the Eucharist.  Not surprisingly, some parishes found this a wonderful way to clean out their closets.  When old hangings and priestly robes began to arrive at the Synod Office, a call of explanation had to be made.  Celebrants in sub-Saharan Africa do not want to wear heavy embroidered chasubles!  Church traditions need to be adapted meaningfully to new settings, not just carried out because “we’ve always done it this way”.   One recent example is the custom of standing and facing the altar for the saying of the Creed.  When we are streaming a service by Zoom, this means that the presider would turn his or her back on the camera and those participating from home, so I have chosen not to do so.

We are also entering a new context.  Even beyond the continuing restrictions this summer, we are going to have to keep figuring out what is important to do in a service and what needs to be laid down.  There are certain roles that need to be filled in order for people to gather safely.  There are other jobs that are helpful to involve members of the community and lighten the load for the leadership.  You can continue to participate from home or on site as you feel comfortable.  All through this pandemic, the rhythm of Sunday worship has kept as close to the familiar pattern as possible for people’s spiritual nourishment.  Now we are entering a trial period of discerning what we have energy to balance.  Maybe we would rather be somewhere else on a Sunday morning, but the commitment to gather together, either on site or through technology, is for the purpose of pleasing God.  We are not going to be re-creating what St. Martin’s was like 100 years ago, or fifty years ago, or even a year and a half ago.  This really is a new creation.

What we have reaffirmed throughout this time is that God is not hiding in a church building, only to be encountered on a Sunday morning.  The first generation of Christians proclaimed that they knew the presence of God in the risen Christ even after Jesus ascended into heaven.  They found him not only in their time together, but in the ways they spent the rest of their week out in the wider community.  While we have been out of the building- camping in the wilderness as it were- we didn’t stop reaching out to others in love.  As St. Paul says, “For the love of Christ urges us on, because we are convinced that one has died for all: therefore all have died.  And he died for all, so that those who live might live no longer for themselves, but for him who died and was raised from the dead” (2 Cor 5:15).  In this new phase of St. Martin’s mission and ministry, let’s carry forward the learning of how important it is to connect with others in addition to the Sunday service.  There are neighbours who are lonely for love, hungry for companionship, and waiting to be asked to share their gifts.   One mistake would be to move back into this building and sit inside waiting for them to come to the door again.

We are invited to go out and seek out our neighbours even as we have renewed access to this little parish church as a base of operations.  In a way, each of us will be a newcomer again, even those who have been coming here for decades.  God is giving us the opportunity to see with new eyes what is precious about our faith community and what is needed to work for reconciliation with each other. As a measuring stick, I want to hold up the Anglican Church’s Five Marks of Mission.  For each thing we do, let us ask- does it

4.     seek to transform unjust structures of society, challenge violence of every kind and pursue peace and reconciliation?

5.     strive to safeguard the integrity of creation and sustain and renew the life of the earth?

If we can answer “Yes” we are on track to the new life.  On the way, let us pray to see each other through the eyes of Christ, as new creations.  In doing so, we affirm everything old has passed away: see, everything has become new!  Amen.